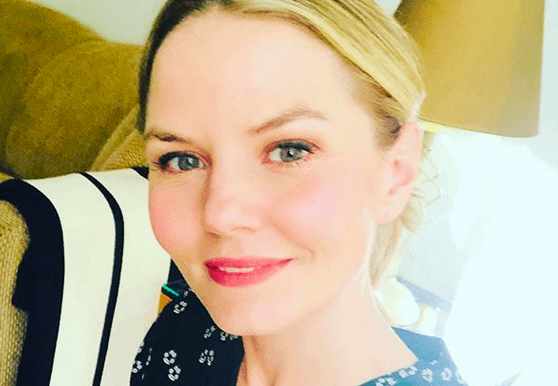 In June, TV Line revealed that Jennifer Morrison will be joining the cast of NBC’s This is Us in Season 4. She will have a recurring role in the show, which tells us that she is a pretty important character. Hopefully, she will be sticking around through Season 6.

According to TV Line, “Details about her character are being kept under wraps, but sources confirm that the in-demand actress will have a ‘substantial’ presence on the NBC hit.”

This has led fans to wonder what Morrison’s role could be in Season 4 of This is Us. Fans are also wondering what they can expect in the upcoming season.

Right now, Morrison is preparing for the show. She recently shared a new picture on Instagram featuring her newly-dyed hair. In the caption, she tagged the show’s Instagram page.

Who could Jennifer Morrison’s character be on This is Us?

As of right now, it seems most likely that Morrison will play Kevin Pearson’s love interest. Based on what we know so far, it seems the most possible. It just makes sense.

During the finale of Season 3, fans found out that future Kevin has at least one child. Present Kevin has recently split from his girlfriend Zoe. This happened on the basis of Kevin and Zoe being unable to agree on whether they want children. It’s unlikely that Zoe and Kevin get back together, especially because we know Kevin has a son.

Though Kevin has dated around, it’s probably time for this character to start settling down. With just three seasons left, he will have a lot to accomplish in that time frame. The situation with his child’s mom is unclear, but it’s possible that a wedding and other children will be present in the upcoming seasons of the show.

In a recent interview, Justin Hartley shared some details about Kevin on the show. It seems like Hartley doesn’t know a lot about his character’s future and what’s coming up. Everything seems private, even to the star who plays Kevin.

While there are other characters that Morrison could play, none of them seem as prominent as Kevin’s wife or girlfriend would be. Based on what TV Line has reported so far, it seems that Morrison has an important role and that she will be sticking around for a while.

Any other characters that join the cast of the show might just appear in a couple of episodes and fade away. There do not seem to be any other major roles needing to be filled on This is Us. Of course, another character could be added unexpectedly.

Do you have any ideas for who Morrison could play in Season 4? Do you agree that she’s probably Kevin’s love interest? Leave a comment below and share your thoughts.