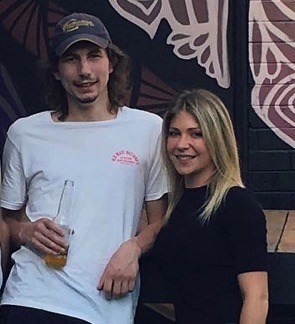 Gold Rush stars Parker Schnabel and Ashley Youle may have broken up over a year ago, but Gold Rush fans still care about Ashley. Fans invested in their relationship and still follow her on social media. Where has Ashley been?

Ashley Youle has not posted often on social media, but her posts do show her bright and happy personality. Her most recent post is from May 2019. This is a short video entitled “Bear tingz 🐻” She is shown in bulky light golden brown and white bear suit doing a dance to hip hop music.  The post before that was from April, with the caption “Sometimes I go out 🤷‍♀️Sometimes.” She is at The ALBION, a Melbourne restaurant and club for Rooftop Sundays. Generally, the establishment has acoustic music Sunday nights, but Ashley looks like she is socializing with her girlfriends and making a night of it.

Gold Rush fans still leave her messages. Most say that Parker made a big, youthful mistake. Many ask if she will return to Gold Rush. As of now, it does not appear that she and Parker have reunited. If she is dating anyone else, she certainly does not seem ready to announce it and allow the Internet trolls to invade her privacy. This is one of the biggest challenges for a reality star dating. Their personal lives are fodder for the world to comment on.

Ashley took a big risk to help out Parker in his quest for gold. She drove huge trucks and cleaned gold. On the other hand, Parker put a lot of trust into a new girlfriend to help him out. But, he admitted back in December, what doomed the couple from the start was that when she arrived, he was burying his grandpa John Schnabel. Now his relationship with Ashley Youle is just another chapter in his coming of age story.

Although Ashley Youle has removed all traces of her ex-boyfriend Parker Schnabel on her social media. Parker has done the same, except for a group photo with the caption, “Gerties this summer.” As the photo was taken in December 2017, it could safely be assumed this was in the Southern Hemisphere. A quick Google search shows a Gertie’s in Queensland, a vacation spot away from Ashley’s home base of Melbourne, Australia.

Although there are just a couple of photos remaining on social media, the two once again follow each other on Instagram. Back in December, Parker followed Ashley, but she did not follow her back. She now follows his Instagram once again. Inquiring Gold Rush fans should not be surprised that Chris Doumett follows Ashley on Instagram. The two worked together in the gold room, something that Chris seemed pretty unabashedly happy about.

Have you been following Ashley Youle on social media? Did you miss her on Gold Rush Season 9? Let us know your thoughts in the comments. Be sure to check back with TV Shows Ace for all the latest news on Gold Rush. Gold Rush Season 10 is filming now and should return to Discovery in the fall.