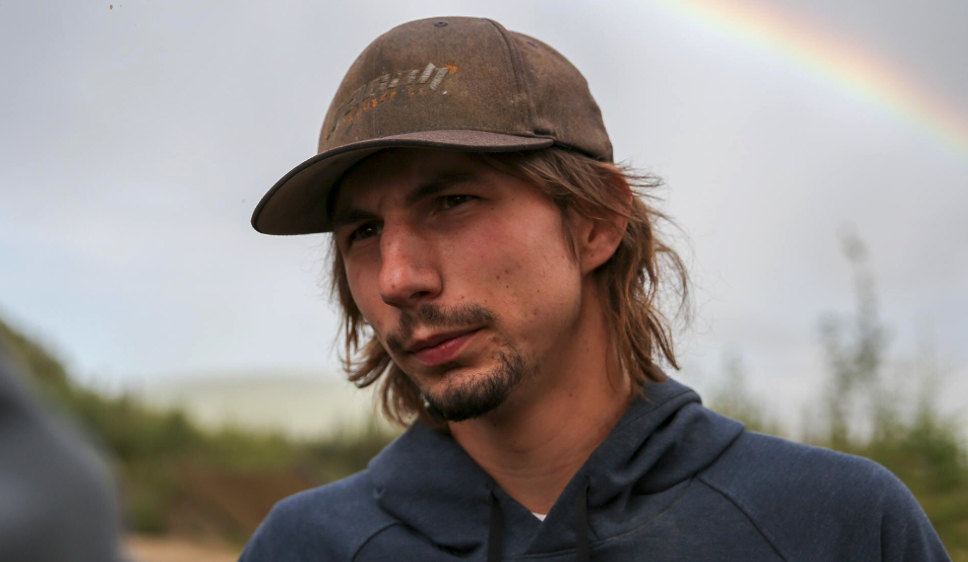 Speaking to The Dirt host, Christo Doyle, Parker Schnabel admitted that his personal troubles led to the breakup with Ashley Youle. The couple had met in Australia, immediately hit it off, and he invited her to North America. Ashley arrived, but during one of the most emotional times of Parker’s life. Parker recalled the first problem in their relationship.

“Her first week in North America, I was burying my grandpa.”

Despite bringing Ashley to the Yukon, and getting her on the show, Parker was hesitant about speaking any more about his ex-girlfriend. Eventually, Parker admitted that there was “a lot of un-dealt issues in my head” that led to the breakup of his relationship with the Australian Veterinary nurse. The couple was on the show for two seasons before they split. When Parker made the shocking announcement, he admitted that it was his fault. Now we know more about the relationship fail, and why he blames himself.

Hope you're ready for all #TheDirt tonight. Parker finally breaks the silence on his breakup with Ashley.

Tonight at 8p on Discovery and Discovery GO. pic.twitter.com/cvLc019CuZ

Parker revealed that after the public breakup, he had a “spiritual awakening.” This “new attitude” has transformed him from moody and broody, to a kinder, gentler miner. Parker confessed that he has taken a more “relaxed approach.” What was the change? Apparently, an encounter with a Buddha statue transformed him.

Schanbel mechanic, Mitch Blaschke, admitted that Parker “has definitely changed. Huge!” Mitch further explained that in the past when things broke down, Parker would be a hothead and jump down people’s throats. This year, it is clear that although he is not happy with serious problems on the mine, Parker now appears to think before he speaks. This means that he is more solution oriented, not accusatory. This has created a lot of harmony within the crew.

Have you noticed a change in @goldrush_parker? We examine the evidence this Friday on #TheDirt. pic.twitter.com/VkhYMLt3sj

Parker Schnabel Has Grown Up On Gold Rush

Longtime miner, Chris Doumitt, agrees with Mitch. Doumitt has known Parker for nearly a decade. Like longtime Gold Rush watchers, Chris remembers the gangly 15-year-old. They remember the kid that was frustrated by the obstacles and crews that didn’t respect his youth. Doumitt says that Parker is now a man with a lot of responsibilities, who is trying to create a successful business.

One of the reasons that Gold Rush has been such a great show is Parker’s coming of age story. Just because he is no longer a teen, doesn’t mean he is not still emotionally growing. Mitch admitted that he is impressed with the personal growth of his mine boss. He points out that guys “twice his age” would have a tough time dealing with the cards Parker has been dealt this season.

But, is Parker having fun? Parker makes a sour face at the Discovery question, then takes a minute before admitting, “no.” Perhaps “fun” is saved for his Papua New Guinea Parker’s Trail adventure?

Do you think Parker Schnabel is a changed man this season? Do you believe the breakup with Ashley Youle is the reason he is now a nicer person? Let us know your predictions in the comments. Don’t miss watching the new episodes of Gold Rush Season 9 on Fridays on Discovery.