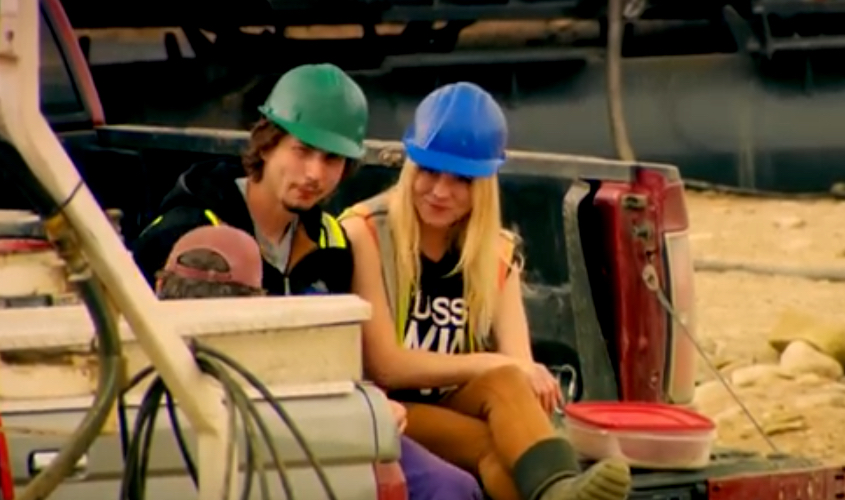 Gold Rush fans who may feel something is missing from Season 9 besides Todd Hoffman. They may be wondering about Parker Schnabel’s ex-girlfriend Ashley Youle. Thanks to Ashley’s social media, TV Shows Ace has some insights into what she has been doing since her very public breakup with reality heartthrob gold miner, Parker Schnabel.

Back in March, Parker Schnabel announced that he and Ashley Youle, his girlfriend of over two years, had split. This was at the end of Gold Rush Season 8. The Aussie veterinary nurse was a breath of sunshine on the gritty Discovery gold mining reality show. Parker even publicly admitted that she helped improve his normally surly mood with her positive personality.

Youle, along with Chris Doumitt, worked in the gold room. Parker and Ashley had only been dating a couple of months when she was invited to spend a summer gold mining in the Klondike. Parker admitted on Gold Rush that her working the gold room was a relationship risk that required his complete trust. She was handling millions of dollars of gold on a daily basis! As with most of Parker’s risks, this really paid off. Besides, it was clear that Doumitt clearly enjoyed working with the upbeat and affable Australian beauty.

When Parker announced the two had broken up, he immediately took all the blame for the failure of their relationship. The 24-year-old gold mining millionaire admitted that he didn’t prioritize Ashley. Instead, he pushed himself with work and his personal life fell apart. He sheepishly admitted that she could “do better.”

As of now, Parker follows Ashley on Instagram, but the Aussie beauty does not follow Parker back. Although Parker has not unfollowed his ex-girlfriend, there are no longer photos of her or the two of them together on his site. Instead, Parker has recently filled up his site with photos from Papua New Guinea, where he recently filmed the third season of Gold Rush: Parker’s Trail without his ex-foreman Rick Ness.

Ashley appears to have cut nearly all ties with Parker, as she has deleted all photos of him on her site. Does anything from their relationship remain? There remains an October 2016 photo of Schnabel’s dog Dozer lying in the snow. This may not be of much surprise, as the animal-loving ex gave Dozer a big hug goodbye after the announced split. She still has some of her photos from Alaska and the Yukon posted on Instagram, many which have likes from Parker.

Does Ashley have what it takes to survive driving with #TeamParker? #GoldRush pic.twitter.com/AUgMXbPzD8

Where Is Ashley Youle?

Since the shocking breakup with Parker, Ashley seems to have been reconnecting with herself and doing some work. She has been singing songs, creating art and even dancing. Back in February, before the Gold Rush breakup announcement, Ashley posted a thank you to Ducati. She represented the prestige motorcycle company at the 2018 Philip Island World Superbike, which was held just south of Melbourne, Australia.

Now it has been six months since her last Instagram post. This is highly unusual for someone who regularly posted on Instagram. The June 23 post was a selfie with the acknowledgment “Here’s one for the milk carton #beenmia.” Since then, Ashley has remained completely silent.  She did update her profile photo on Facebook on July 15. There, she had a conversation with Michelle Ross-Stanton inquiring if she was working in the “dirty north.” Ashley did state that she was good and that she missed Michelle. Since then, Ashley Youle has been totally silent on social media.

Where do you think Ashley Youle has been the past six months? Do you miss her this season of Gold Rush? Let us know your thoughts in the comments, and don’t miss watching the new episodes of Gold Rush Season 9 on Fridays on Discovery.