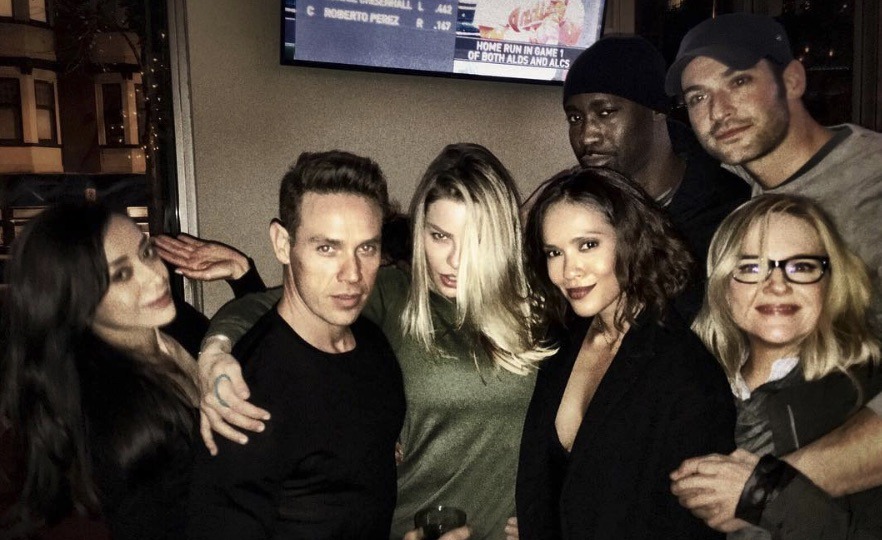 Lucifer Season 4 ended with Lucifer Morningstar returning to hell. Already, showrunners Ildy Modrovich and Joe Henderson have revealed that Lucifer will see a “familiar face” in hell Lucifer Season 5.  Who could that be?

Prior to Lucifer’s renewal, co-showrunners Ildy Modrovich and Joe Henderson, along with the devil himself, Tom Ellis, went on Instagram for a Q&A video. The showrunners have already promised an “awesome” season, so the expectation is high.

During the Q&A video, the trio were upbeat and excited at the prospect of another season. Of course, everyone wanted to know more about hell and who was going to rescue Lucifer. While they understandably refuse to reveal how Lucifer will be rescued, they did reveal that Luci will see someone he knows in hell. Who could that be? They didn’t reveal who it will be, but the actor that plays Detective Douche has his own theory.

Kevin Alejandro’s Wish May Be Reality

Kevin Alejandro spoke to Metro about the star that he wants to see in hell for Lucifer Season 5. He revealed that he wants Kenny Rankin, who portrayed the messed up cop detective Malcolm Graham, back in Lucifer Season 1. Kevin’s reasoning for this is quite intriguing. He believes this would be a full-circle opportunity.

“I’d like to see Kevin Rankin come back! He was the Big Bad in season one. It’d be cool to see that unfold, because that’s what started this world. Right?”

The character of Malcolm Graham was a complex one. He went on a killing spree around the city of angels in the name of Lucifer. Lucifer was not ok with that. Kevin Alejandro thinks it would be fitting that Lucifer would be in hell and in charge of observing Malcolm’s torture.

Then, there is a question on whether Luci will see Cain in hell in Lucifer Season 5. There was always a sort of tension between Lucifer and Eve, as he killed her son. Could he face Cain one more time?

I fell asleep so happy last night. When I woke up this morning @lucifersnetflix reminded me that I wasn’t dreaming!! Thank you guys again for giving us back our wings… I must say… We look pretty damn good with the #netflix logo surrounding our faces! Love you #lucifans

How Long Will Lucifer Remain In Hell?

As of now, Modrovich and Henderson have a grand plan for Lucifer’s rescue from hell. They promise it will be in the first episode, and it should be spectacular!

Who do you think Lucifer will see in hell? Please share who you want to see in hell. Be sure to check back with TV Shows Ace for all the latest in Lucifer news. Lucifer Season 5 will begin production soon. The final season should drop in the spring of 2020.