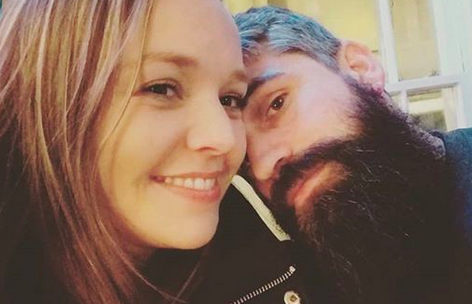 Jon and Rachel Walters from 90 Day Fiancé have officially saved up enough money in order to begin the visa process. This required the couple to put away $11,000.

It took them a while, but they were able to save up. They were able to collect the money just one week before their deadline. They must have been a little stressed out, especially cutting it so close to that deadline.

Still, the couple was able to do it and can move on to the next step. Now, they are able to start the visa application process. This will bring them one step closer to living in the same country.

The actual visa application process can take a while. Earning the $11,000 took a long time too though so it helps that they are further along now. Hopefully, the 90 Day Fiancé couple will get to live together sooner than expected.

While Jon Walters is currently living in England, Rachel Walters is living in America.  Rachel and Jon Walters were first married in England. They were unable to live in the same country though. This is partially because they didn’t have enough money for a visa.

In addition, Jon Walters has a criminal record, which makes it hard for him to be approved for a visa. This criminal record was making it tricky for him to get a job in England. This then affected the amount of money that the couple was able to save up toward the visa.

Rachel Walters has two children and is a single mother. She shares custody with the father of her first child. She raises her other daughter, Lucy, on her own though. This has had an impact on her earning enough money toward the visa as well.

It’s safe to say that their long distance marriage hasn’t been easy. They have figured out how to make it work, but things will certainly be easier once the two are in the same country. They will no longer have to deal with everything from long travel times to time zones. They will be in the same place as long as everything goes as planned.

Throughout their time apart, the couple has been posting on social media about their relationship. They have both shown that they are missing each other and want this visa to work out.

The goal is for the couple to eventually live in America together. Do you think this will happen? Let us know your thoughts in the comments below! Check back on TV Shows Ace for more 90 Day Fiancé updates!

‘Married at First Sight’: Bennett Shares His New Motto with Fans
‘When Calls The Heart’: Elizabeth’s Horse Ride Refers To Jack
‘1000-Lb. Sisters’: Wait, Is Michael Halterman Dead?
What Does ‘When Calls The Heart’ ‘From The Ashes’ Extended Preview Show?
Isabel Rock Opens Up About Her Dad & Jacob