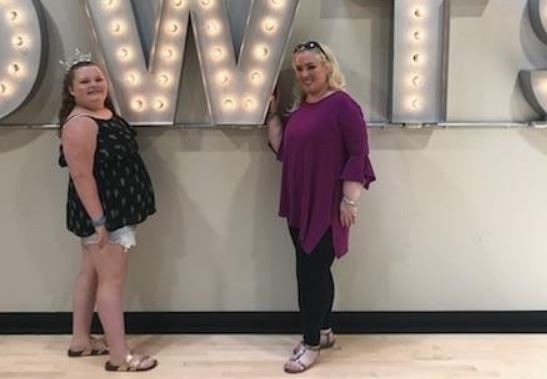 For a little while, Honey Boo Boo has not been living with her mother, Mama June. This is because of some drama at home between the two. Currently, the young girl is living with her older sister, Pumpkin. Based on all of the drama that is going down, it’s likely that Honey Boo Boo got desperate and couldn’t live with Mama June any longer. She may not have had much of a choice in the matter.

Last month, it was reported that Mama June and her boyfriend, Geno Doak, were living in a casino. Just a few days ago, Geno crashed his car into Mama June’s garage door at her home. Because of this, it’s clear that Mama June is living at home again. Based on a recent report, it appears that Geno is living there too.

When Geno crashed the car into the garage, it appeared that he was wasted. He was having trouble walking. Mama June had to unbuckle him herself because he couldn’t do it himself. Because of this, it’s obvious that the two aren’t on the right track yet.

As of right now, Pumpkin is her younger sister’s legal guardian. It’s unclear whether she will go to court to gain full custody or not. Fans all agree that it’s best for Pumpkin to continue caring for Honey Boo Boo. It’s not a great idea for her to go back to living with Mama June and possibly Geno. That is until the two of them get their act together.

Honey Boo Boo refuses to move back in with Mama June

According to a source who spoke with TMZ, Honey Boo Boo will not be moving in with Mama June any time soon. Mama June has moved back home after living in the casino, but that doesn’t mean that her daughter is moving back in too.

The source says that the 13-year-old refuses to move in with her mother as long as Geno is still living there. It seems like Honey Boo Boo is in tune with what’s going on between her mom and Geno. She understands that Geno isn’t the best person for her mother to be around.

From what it sounds like, Honey Boo Boo wants her mom to stop hanging out with Geno. In the past, the young girl has expressed concerns about her mother and her potentially dangerous habits. She wants her mom to go to rehab or to get some kind of help.

As of right now, Mama June has no intentions of leaving Geno. The two have been through a lot together and their relationship has seemed to survive the drama. Honey Boo Boo doesn’t seem to mind living with her sister for now. Based on Mama June’s behavior, Honey Boo Boo may want to get used to living with Pumpkin instead of her mother.

What do you think of Honey Boo Boo’s choice not to live with her mother? Do you agree with her decision? Let us know in the comments below!