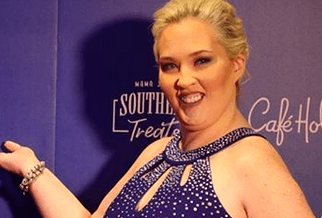 According to a source who spoke with TMZ, Mama June Shannon is living in a casino in Alabama. The casino she’s allegedly living in is the Wind Creek Casino in Montgomery, Alabama. She reported this to another gambler recently. It’s unclear how long she’s been living in the casino and whether she plans to stay there long-term.

Last Friday, several people at the casino said that they saw her there. They said that she was cashing in a $1,000 ticket at the time too. It seems like she’s decent at gambling!

While she was gambling, her boyfriend, Geno Doak, allegedly went to the casino floor to talk to her a few different times. From this observation, it looks like he is living in the casino hotel with his girlfriend in a hotel room.

In the past few months, Mama June has been seen at Wind Creek Casino twice. She has also been spotted at another casino. Maybe this is a new favorite pastime for her and Geno. One casino sighting came shortly after she and Geno got caught up in cheating rumors. That time, he wasn’t seen with her.

Though gambling is legal, it may not be the best way for Mama June and Geno to spend their money. Based on their irresponsible drug habits, they may not be able to be responsible in the casinos. Hopefully, they can keep it together and not lose it all.

What has Mama June been up to lately?

For the past few months, Mama June has been pretty busy. She was arrested in March. In addition, there have been issues between her and her boyfriend, Geno. Unfortunately, a lot of this has had to do with drugs.

At one point, Geno was caught sending explicit text messages to other women. Some of this was done while his girlfriend was in the same room. Through all of this, the two have been able to keep dating.

As of right now, it seems that the two are still dating. It’s unclear how long this relationship will last. It might not be a healthy relationship either based on the couple’s past. A lot more may be going on between the two behind closed doors.

So, are you surprised to hear about Mama June living in the casino? What do you think of these allegations? Do you believe them? Let us know in the comments!

For more news about Mama June and your favorite reality TV shows and stars, don’t miss the updates from TV Shows Ace!

Trent Johnston Explains Why He’s Tough On His Kids
‘My 600 Lb Life’ Milla Clark: Where Is She Now And How Is She Doing?
Jill Dillard Shares Cryptic Message Following Brother Josh Duggar’s Arrest
‘Below Deck Sailing Yacht’: Natasha Is Friends With Most-Hated Guests
‘LPBW’ Amy Roloff No Longer Part Of Big Decision Making For Pumpkin Season