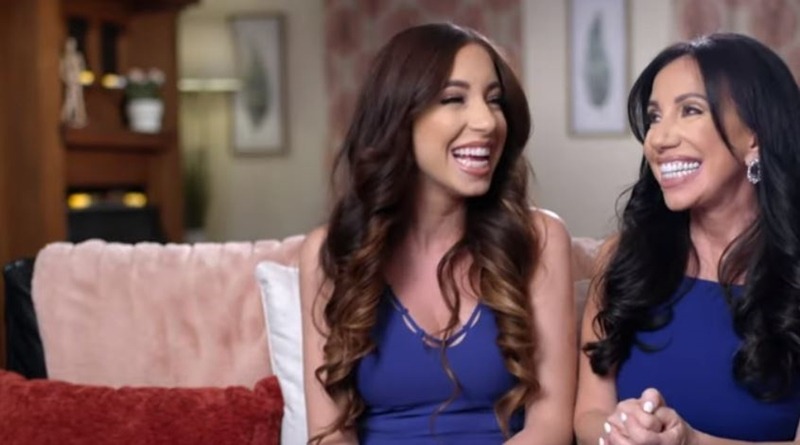 sMothered premiered on June 9 on TLC and some fans recognized Cher Hubsher from MTV’s My Super Sweet Sixteen. Years later, she’s now married to Jared Gopman, a doctor in plastic surgery. Mother and daughter, so close, means that mother Dawn’s constantly coming between the couple.  No longer living in the same city, Cher says she can’t go more than a few hours without calling her. Actually, fans reacted to the relationship which seems cloying. Many of them were appalled at the pregnancy test which she gifted her mom. After all, it had pee on it.

In the premiere episode of the show, we saw Jared not wanting Cher to tell her mom about the baby first. Cher’s beside herself as she kept it secret seven weeks. But for Jared, he wants to tell his parents and family all at the same time. However, while Cher makes a promise, with “no guarantees” not to break the news to her mom, she tells her anyway. It came after they started prepping for a dinner where everyone would learn the news.

Anyway, Cher obviously thought it all out before they arrived at Dawn’s place. She told Dawn she had a “gift” for her. Well, Dawn’s all squeally-girl and gets so excited. It turns out she got a mug, which was nice’ish. But then the reveal came and sMothered fans saw the baby scan. Actually, Dawn went berserk and gushed non stop for what felt like an hour. But, the bigger moment came when she opened another package and saw the pregnancy test. Shocked fans reacted badly when Dawn kissed it, pee and all.

Cher’s pregnancy is something special for her and Dawn, not husband Jared

Even Cher looked a bit taken aback when her mom clutched the pregnancy test. She said it was pretty disgusting as she “peed on it.” Even Jared wouldn’t do that. Mind you, Dawn’s so besotted with her daughter, she’d do anything. Yeah, we got that.

Anyway, fans tune in to TLC to see the different, weird, odd and downright wonky things that sometimes go down. They were not disappointed with the premiere of the sMothered show, but they had a few things to say about Dawn, Cher, and the pee test. Plus, they commented on how Cher actually told her husband that her pregnancy reveal was about her and her mom, and not about him.

It certainly looks like Cher’s mom Dawn’s determined to hijack this pregnancy from son-in-law Jared. On a side note, Jared posts to his Instagram about Cher’s pregnancy journey and it looks like the baby’s due almost any time soon. Fans wonder if he gets much of a look in during the birth of the baby, as it looks like this baby’s going to be all about the two moms being “twins.” Here’s how some fans reacted to it all on Twitter:

Cher literally just told her husband she'd try her best not to tell her mom about the baby and had this mug/pee stick/ultrasound gift in her bag???? #sMothered pic.twitter.com/h1LLRUCmmS

Others sMothered fans though, felt it fine to tell her mom before Jared’s family. A few other people felt they really came across as the most “normal” people in the show. Well, that’s just an example of the other extremes shown. What do you think about Cher gifting mom Dawn her pregnancy test with pee on it? Did you think that’s extreme? Sound off your thoughts in the comments below.

Remember to check back with TV Shows Ace often for more news about sMothered.