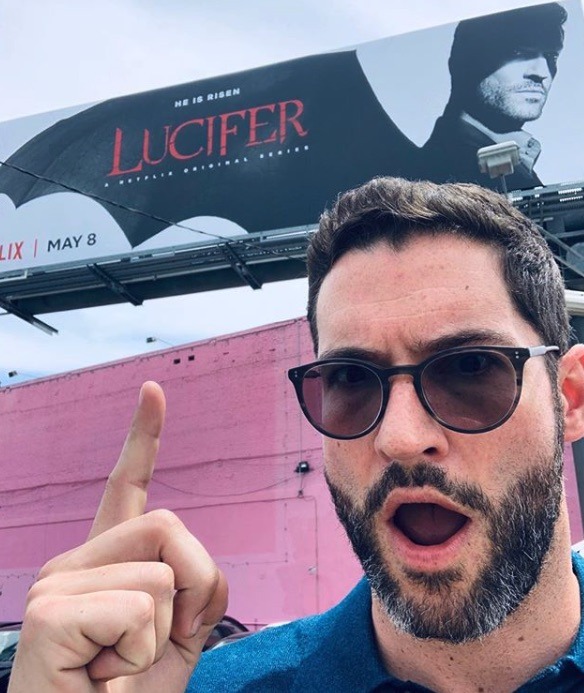 Lucifans have loved Season 4. Fans should be even more excited that showrunners Ildy Modrovich and Joe Henderson have promised an “awesome” Season 5. Yet, they warn that without enough fans streaming Season 4, the series will not be renewed. Fans who have not finished Season 4, please note that there are spoilers below.

Although there are a lot of questions about Lucifer Season 5, Lucifans have been assured by the two showrunners that the new season will be “awesome.” It will be so awesome that Madrovich repeated the word “awesome” twice, in order to emphasize just how great it will be. They just released an incredible Season 4. How are they ever going to top this masterful 10-episode season?

Well, the two showrunners already have  made plans for Lucifer Season 5. Henderson told EW that they already know the very first scene, and comments that this “is one of my favorite things we’ve ever come up with.” Modrovich calls it “brilliant.” How good is that?

They already know the spectacular way in which they will get Lucifer out of hell. The duo also would like to bring back Inbar Lavi to reprise her role as Eve. They can see a way that she could fit into next season’s storyline. But all of these fantastic plans will go to waste if Netflix does not renew the show for a fifth season.

Lucifer producer and writer Chris Rafferty recently tweeted what Lucifans can do to ensure a Season 5. He tweeted that Netflix waits about a month before announcing whether a show will be renewed. During this time, they “gauge” the show. He even suggested that fans rewatch Season 4 over the weekend. This suggestion appears to hint that Netflix is monitoring how many people are streaming the show, and perhaps even where they are streaming from. Lucifans have been binging the show since it dropped in early May. Now they need to binge a bit more, in order to push Netflix into renewing it at least one more season.

Netflix typically waits about a month to gauge how well a new release has done… Today is Day 26 for #Lucifer Season 4… In anticipation of @Netflix's decision to #RenewLucifer, has anyone been rewatching Season 4 this weekend? 😈 pic.twitter.com/fJ0T6nUj0O

This has to give the cast and crew some home for a Lucifer Season 5. A pleased Tom Ellis even tweeted “You little bingers you…#Lucifer.”

You little bingers you…😊😈#Lucifer BINGE REPORT: “Lucifer” Gets Cozy At No. 1 https://t.co/7wlhoZ8fJa

What sort of “awesome” do you expect for Lucifer Season 5? Share your predictions in the comments field. As of now, Netflix has not renewed Lucifer for a fifth season. Lucifans are busy streaming the show Netflix, making it one of the top streamed shows in the world. They are also posting on social media #LuciferSeason5. Check back with TV Shows Ace for the latest in Lucifer news.