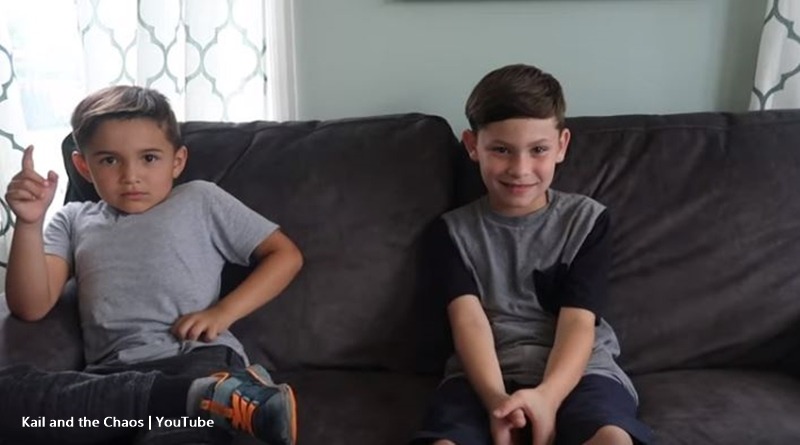 Teen Mom 2 fans know that Kailyn Lowry also runs a YouTube channel called Kail and the Chaos. Of course, with her own channel, she’s able to share anything she likes. Some time ago, she asked fans on Instagram what questions they’d like to see her sons Isaac and Lincoln answer. She released the Q&A on June 9, and it’s gotta be one of the cutest Q&A’s ever.

Teen Mom 2 fans sent in questions for Isaac and Lincoln

Kailyn previously gathered questions from fans of the Teen Mom 2 show. In her YouTube channel, she showed the questions on the screen, so we could see they were genuine. The boys introduced themselves, and Lincoln really came across as a bundle of mischief. The two kids look so healthy and happy, it should warm the heart of any Kailyn Lowry fans. Oh yeah, little Lux wandered around as well but didn’t take part, obviously.

The first question came from n. sanchez, who asked, “if they could have one wish, what would it be?” Isaac said he’s like “to accomplish all [his] goals.” Actually, it looks like Linc just wants “gold coins,” but no nope, he doesn’t say how he intends to get them. The next question was what the boys “want to be when they grow up.” Linc wants to “be a scientist,” but he’s not bothered with which particular kind. He’s looking forward to working with “potions.”

When Kail of Teen Mom 2 asked them what place in the world they “want to go,” Isaac said “Hungary.” That seems an odd place to go, but he clarified that his friend moved over there. Next, he cautioned Lincoln, telling him he shouldn’t mention a “place he’s been to before.” He added, “Not Hawaii,” as they’re “going there.” Of course, mischief boy Linc gave Hawaii as his answer. He really is too cute.

Another Instagram user asked what the boys “like most about [their] brothers?” Isaac likes that “they’re crazy!” Plus, he likes that “they are totally different.” Meanwhile, both boys agree that “Lux is the wildest one.” Both boys like that about Lux and Kailyn mentions that “Lux is currently driving a car up my back.”

‘Snakes for fingers or snakes for hair’ question

A funny question came in about whether the boys preferred  the idea of ‘Snakes for fingers or snakes for hair.’ That’s a great question for boys, and as you can imagine, they started squealing straight away. Isaac hates the idea of being “Medusa.” Isaac prefers snakes as fingers, and Linc, of course, notes he’d hate “snakes in [his] brain.”

More questions followed, and the video Kailyn shared really looked great fun. Fans sometimes accuse Kail of using the kids for promos, but this was nothing like that. What did you think of the cute boys, Isaac and Lincoln in their Q&A session? Does Linc look like a bundle of mischief? Sound off your thoughts in the comments below.

‘General Hospital’ Spoilers For April 12-16: Will Lying Liars All Be Caught?
Scheana Shay Teases Due Date, Ponders Early Birth
Spoilers For ‘General Hospital’: Jax Calls Nina And ‘Mike’ Has Questions
Will Tiffany Espensen End Up With As Many Animals As Bindi Irwin?
‘My 600-lb Life’ Update on Tiffany Barker: Where is She Now?