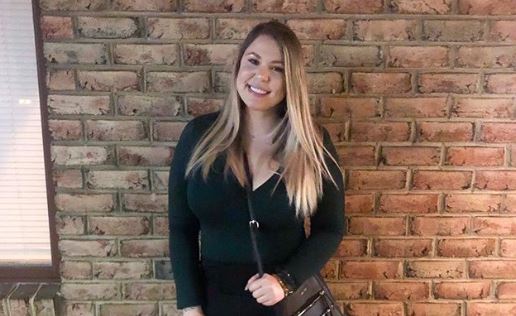 Teen Mom 2 star Kailyn Lowry’s confirmed for the series Game of Clones. The new show also features other well-known TV stars. Notably, the new MTV show shouldn’t be confused with the UK television dating show of the same name. However, the concept of examining values versus appearance seems similar. The show premieres on Thursday, February 21 at 9 p.m. ET. Apparently, it will come with back-to-back premiere episodes.

Kailyn of Teen Mom, Pauly D of Jersey Shore, and Cara Maria Sorbello of the Challenge series will be joined by others. These include Kam Williams, Leroy Garrett, Nicole Zanatta, and Derrick Henry. The press release from MTV explains that the reality TV stars each have a “celebrity crush.” Additionally, there will be seven clones of the crush. The TV personalities will date them and “in hope of finding their perfect match. Through a series of compatibility tests, dates and more, each clone strives to stand out from the rest during this radical dating experience.”

Fans of Kailyn have no idea of her celebrity crush. So, it’s going to be interesting to see what gets revealed in the new Game of Clones. Maybe Kailyn finds her one true love, as she seems down on her luck in that department. Fans of Teen Mom 2 know that Kailyn has three kids with three different fathers. Jo Rivera and Kailyn produced Isaac, Javi Marroquin and Kail brought forth Lincoln. Meanwhile, recent addition Lux, just one-year-old, came from a relationship with Chris Lopez.

Kailyn sometimes posts controversial social media posts and engages in hot debate with other MTV stars. Her most recent feud involves co-star, Jenelle Evans. One thing about her is that she puts it out just how she feels. Teen Mom followers criticized her when Lux came along. They wonder how many children Kail wants before being able to offer them a stable parenting environment. Actually, in her recent book, A Letter of Love, Kailyn said that she wrote it as an “apology” to her children, according to Reality Blurb.

Having made several partner choices that didn’t work out for her, will Kailyn find the perfect clone for her? MTV explained that the identity under the interchangeable face of the clone gets revealed in each episode. Will Kail manage to correctly assess the personality behind the looks? Well, for now, it seems we just have to wait for the show to begin to find out. Also, Kail’s not saying who her celebrity crush is. On her Twitter, right now, Kail is talking about her off-screen relationships.

Starting to think the same thing about myself 😭😭😭 https://t.co/a91QWEmjez

The Teen Mom star may not even need to find her one true love on Game of Clones anyway. As In Touch Weekly wrote, she seemed to hint that she’s dating a girl again. The speculation arose in reply to a question on Twitter, where a fan asked if she had a fourth baby daddy in mind. Kail responded with, “If my 4th baby dad is a girl.” Teen Mom 2 followers know that Kail used to date a woman, Dom, and she’s not afraid to say she likes men and women. If her celeb crush is female, that will surely tune up the ratings!

What do you think about Kailyn being confirmed for the new MTV show Game of Clones? Do you think Kail might find her one true love on the show? Sound off your thoughts in the comments below.

Remember to check back with TV Shows Ace often for more news about Teen Mom 2 and Game of Clones.