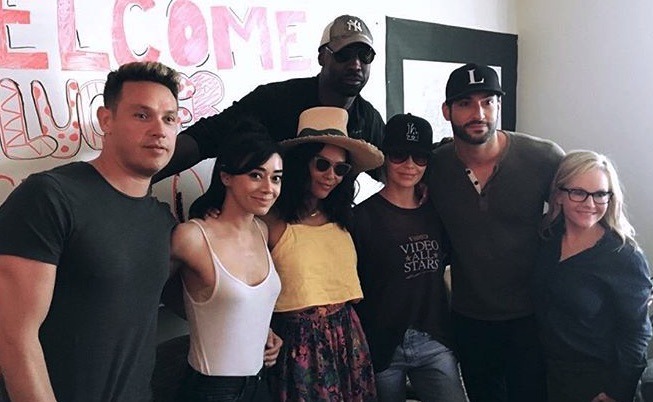 Netflix may not have confirmed a Lucifer Season 5, but that is all Lucifans want to talk about. In fact, showrunners Joe Henderson and Ildy Madrovich, along with the devil himself, Tom Ellis, have recently spent some time answering fan questions about the fifth season. Although they have been cryptic about the next season, they have focused mostly on Lucifer and Chloe. What about the other characters? What do we want to know about Lucifer Season 5?

One of the biggest plot points in Lucifer Season 3 was that Maze (Lesley-Ann Brandt) wanted to return to hell. She told Lucifer (Tom Ellis) that she was “done” with all humans and earth in general. So, did she go down to hell with him? That is hard to know. The final scene from Season 4 is of Lucifer, high on his throne, overlooking all of hell. Alone. Did Mazikeen stay on earth? Possibly. Who else could run Lux?

Besides, Maze met Eve (Inbar Lavi) and fell in love. She may have decided to hang out on earth until she won her heart. Add that Lucifer showrunner Joe Henderson has already told Entertainment Weekly that they “loved working with Inbar.” He and co-showrunner Ildy Madrovich both want to discuss what sort of storyline that they could give the talented actress. It would make sense to keep Maze on earth to build on that storyline.

Time Jump Forward Or Back In Lucifer Season 5?

One of the biggest Lucifer Season 5 theories is that there will be a time jump. The plot of the story would be more investing. Besides, Henderson and Madrovich like to play around with a lot of Lucifer components, so it would not be a stretch to see the Lucifer writers recreate the universe that Lucifer left behind. The showrunners have already stated that they won’t say if they will jump forward in time.

Funny, but no one has asked if they will go backwards in time either. Wonder what Henderson and Madrovich would say about that?

What Happens With Baby Charlie?

Dr. Linda (Rachael Harris) And Amenadiel (D.B. Woodside) could have some concerns with growing Baby Charlie and may need uncle Lucifer because of other angels coming to earth to harm the baby angel. Then, there are questions about Charlie. Could baby Charlie be like the Twilight baby, Renesmee, growing up rapidly, sprout wings or something even crazier?

Does Dan And Ella’s Romance Blossom?

One big storyline from Season 4 was the budding romance between Ella (Aimee Garcia) and Dan (Kevin Alejandro). Will their romance continue to blossom? Could Detective Douche negatively influence Ella, in the same ways her troublesome brothers do? In Season 4, she hid Dan’s wrongdoings. Could their clandestine relationship get out of control and go the way of Bonnie and Clyde?

Will Lucifer: The Musical Finally Happen?

The Lucifer Season 4 “I’m Alright” dance sequence has become an instant fan favorite. There is so much talent in this cast that Ildy Madrovich has made it clear that she would like to produce Lucifer: The Musical. Shows like Psych have tried things like that to the glee of fans. Will they finally have an all-music episode of Lucifer in Season 5?

What do you think will happen in Lucifer Season 5? Share your predictions in the comments field. As of now, Netflix has not renewed Lucifer for a fifth season. Lucifans are busy streaming the show Netflix, making it one of the top streamed shows in the world. They are also posting on social media #LuciferSeason5. Check back with TV Shows Ace for the latest in Lucifer news.

Josh Duggar’s Co-worker Reveals Who Had Access To Office Computer
‘RHOBH’: Erika Jayne’s Estranged Husband Tom Girardi Reportedly Living In A Senior Center
‘Welcome To Plathville’: Is Ethan Unhappy With Who Olivia Is Becoming?
‘You’ Season 3: Call This Number and Get a Special Voicemail Message
Jenelle Evans Reveals She Wants To Go On ‘DWTS’