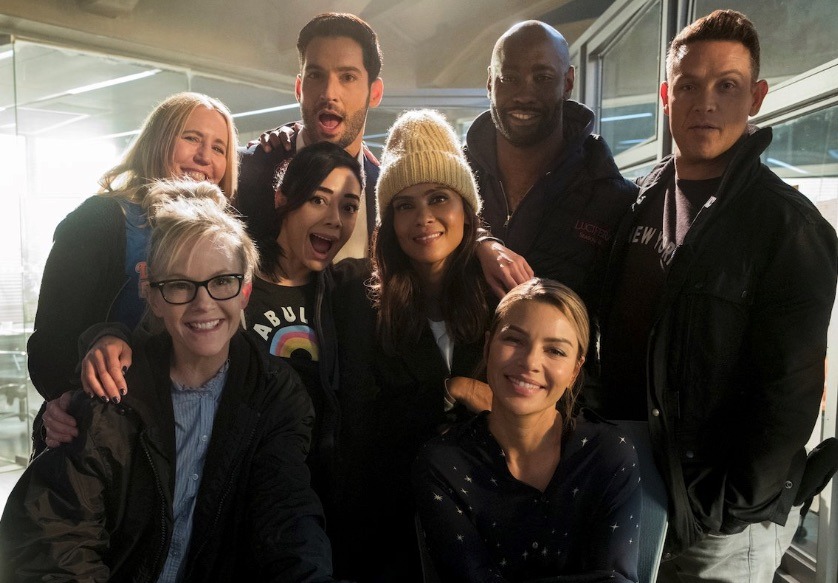 Lucifans have been uncharacteristically quiet since Netflix’s Lucifer Season 4 drop on Wednesday. Can these devoted fans convince the streaming service to renew their beloved show for another season?

Lucifer Season 4 Is Worth The Wait

Without spoiling the new season, is is very simple to explain why the new season was worth the wait. The writing is exceptional. Because co-showrunners Ildy Modrovich and Joe Henderson had presented Fox, Lucifer’s former network a full 22-episode season, they condensed it down to 10 episodes. This means that every single moment is quality. There is zero filler.

As for the show itself, there is still the quirky cases, lush LA locations, other-worldly diversions and tension between Chloe (Lauren German) and Lucifer (Tom Ellis). With the exception of a few butt shots and a scant smattering of swear words, it is hard to distinguish when between Lucifer on Fox or Lucifer on Netflix. There are still songs, some tender moments and clever dialogue. This is a must, as the show is based on the beloved Neil Gaiman comic Sandman.

When Tom Ellis, who portrays Lucifer Morningstar, recently spoke to Collider, he explained that a shorter season means “great storytelling.” He even called Season 4 “our strongest season.”

“The result of having 10 episodes a season is actually a benefit for the show because you get the best version of it. You get the lean, great storytelling, for all of our characters, all the way through the 10 episodes, and it makes it more compelling.”

Ellis also appreciates that Netflix dropped all 10 episodes at once, so Lucifans can binge them all in one setting, or savor each episode, like a fine wine. Many devoted fans of the show are using the new season as an excuse to rewatch the first three seasons, all now on Netflix, except in the U.K., in order to watch the fourth season. Netflix may be sure to be monitoring this activity.

Fans of Lucifer, nicknamed “Lucifans,” were shocked when Fox chose to cancel the beloved show on May 11, 2018. This was three days before they aired the final episode of Season 3. The season ended with Chloe finally seeing Lucifer’s devil face. It appeared that fans were never going to know what happened next. Lucifans around the world started Twitter campaigns to save Lucifer. Tom Ellis and the rest of the talented cast joined fans on social media to help persuade another network to save their show.

All of the cast, including co-showrunners Modrovich and Henderson interacted with Lucifans. Even Tom’s fiancée, Meagan Opoenheimer, who is the writer and producer of Facebook’s Queen America, got involved. Then, on June 15,2018, it was announced that Netflix saved Lucifer.

Now Lucifans will need to stream Lucifer Season 4 in order to demonstrate to Netflix that they are serious about their devotion to the show. Season 5 is not a given. It is presumed that Netflix will be monitoring how many people are indeed streaming the show. They may want to see whether they want to continue their investment. Netflix may also hope that other viewers may want to take a chance on this show that has garnered so much media attention. We can only hope that a Season 5 renewal announcement is coming soon!