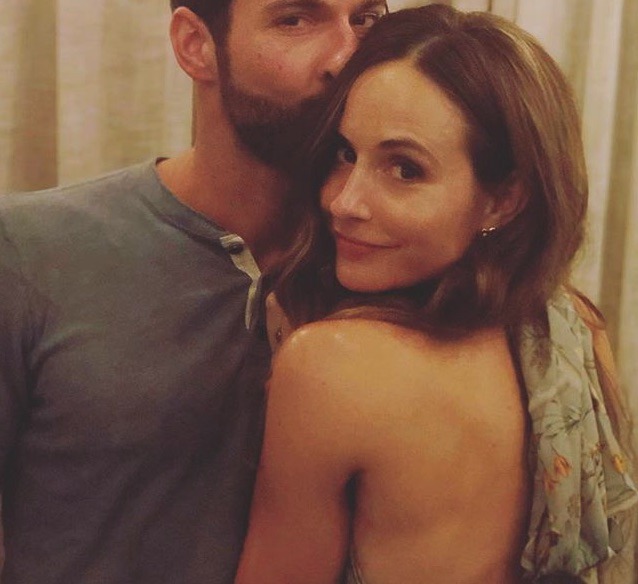 Lucifer heartthrob Tom Ellis just married writer and producer Meaghan Oppenheimer in the Santa Barbara wine country. What do we know about the woman that Tom affectionately calls Moppy?

Meaghan Oppenheimer Is From Tulsa, Oklahoma

Meaghan Reed Oppenheimer was born on March 28, 1986. She grew up in Tulsa, Oklahoma, on a ranch. Moppy, as she is generally called, graduated from the prestigious prep school Holland Hall in 2005, she headed for the bright lights of Broadway and New York City theatre. But, according to the Tulsa Voice, she quickly realized that there were more opportunities if she went to the west coast.

Meaghan Oppenheimer Was A Child Actress

Meaghan told Decoder that she was a child actress in her home state of Oklahoma. She worked mostly in theatre, although she portrayed Amy in the Even Stevens television pilot. She acted in a couple of short lived television series including stalkTALK, and co-starred with Teri Garr on How To Marry A Billionaire. Her last acting role was in 2012 in LoveFinder: The Virals. After this, she focused on her writing.

Now as a screenwriter, she is always thinking of the actor when she pens her scripts. She generally uses her own background as fodder for her writing, such as in The Remains. But, her writing journey has taken her beyond her own personal experience. She was a writer on the Zac Efron movie, We Are Your Friends, and a member of Fear The Walking Dead writer’s room.  Despite the success of the AMC show, she left after one season in order to return to her own writing projects.

Moppy is the writer and producer of the successful Facebook Watch series, Queen America. Starring Catherine Zeta-Jones as Vicki, a former beauty queen and current pageant coach who tries to coach an unlikely young woman through the brutal pageant world.

Although Meaghan wasn’t in pageants herself, she definitely had friends that competed, and she knew a lot about this world. Add that it takes place in her home state of Oklahoma, she is able to create a world that she is knows so well and can deep dive into all of the complex relationships and personal vices. Lucifer fans should know by now that Meaghan’s new husband, Tom Ellis has a small, but memorable part in the series. Right now, fans are wondering if Facebook will order up a second season. Catherine Zeta-Jones has shared that she would like to return for a second season. With nine million views, it is hard to believe that Facebook would not give it another go.

In a photo feature her and Tom in their thick glasses, Meaghan joked that her kids with Tom are going to “be blind.” When Tom is not acting in Lucifer he is always wearing his glasses. This quote also reveals that she plans on having kids! Tom already has three daughters from a previous relationship and his first marriage.

Meaghan Is A Cat Lover

Browsing her Instagram tells the story of how it took Tom two and a half years to agree to a cat. In more recent posts, it appears that the couple has two cats, and Tom is cuddling up with the kitties. This also tells you that she is patient and persistent. She may even say that she is right, as Tom seems quite cozy with the felines.

Did you know anything about Tom Ellis’ wife Meaghan Oppenheimer? Have you seen Queen America? Share your opinion on this show in the comments field. Check back to TV Shows Ace for all the latest on Queen America, and Lucifer Season 5.