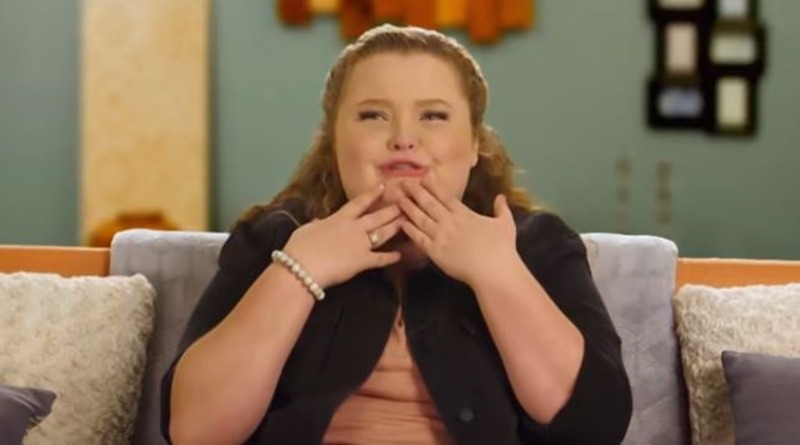 Mama June: From Not to Hot fans saw that Jennifer, Sugar Bear’s wife had a lot to say about Alana’s custody. Mama June “checked out,” says Pumpkin and she managed to step in to get custody of Alana, (Honey Boo Boo). June’s homeschooling was as much of a mess as the rest of her life. Now, Alana can go back to school and even Sugar Bear agrees that’s probably the best thing for her.

Mama June: From Not to Hot fans just want Alana to be safe

Fans of Mama June really think that June Shannon’s lost it completely. The family’s efforts to try and help her back on track seem to have failed. On Mamajune_wetv‘s Instagram Stories, we see Pumpkin saying that “Mama June checked out…of the place.” She adds, “Apparently, Geno come and got her.” Then, speaking to Alana about being her “legal guardian,” Alana says, “Oh God! I’m getting nervous now.” But you can see Alana’s joking with her big sister.

Alana just looks relieved and clean and not the hot mess of tears we saw in the past. Now, fans of the WEtv show just want to see Alana in a safe place. While Jennifer had a lot to say about the custody issue, actually, ‘Honey Boo Boo’s’ father, Sugar Bear felt it might be a healthy environment for her staying with Pumpkin and attending school again. It looks like Alana agrees. As she said in the May 31 episode, “she’s got no friends” at Sugar Bear’s place. Meanwhile, Sugar Bear hopes to get some visitation rights through Pumpkin.

Pumpkin and Alana agree to some boundaries about school and custody

Finally, there came a compromise. Everyone (except June) who’s not around, agrees that Alana can live with Pumpkin. Even Jennifer thinks it’s mature and big of Pumpkin to take on custody. That’s because she already has her own baby to care for. However, rules and boundaries include Alana “seeing her dad every other weekend.” Plus, Sugar Bear wants to see every school report. Jennifer says they are all welcome in her home, Pumpkin, Alana and the baby, any time.

Across social media, much fan opinion about Mama June: From Not to Hot, is that Mama June just not hot. Many people applauded because it looks like Alana’s getting properly educated. They feel that’s her chance at a successful life. June though literally seems to feel nothing for Alana or where she stays. Other fans grew irritated that Jennifer got so involved at this late stage. After all, Josh and Pumpkin have always been there for Alana.

Other fans just want June off the show, maybe even in prison so she can get away from Geno and get her act together. What do you think about Pumpkin being Alana’s legal guardian and ‘Honey Boo Boo’s’ chance to go back to school? Sound off your thoughts in the comments below.