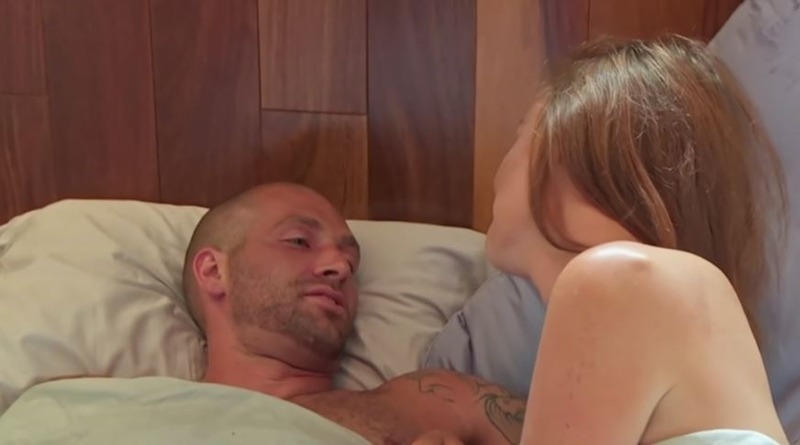 Love After Lockup: Life After Lockup comes to our screens on June 14. Matt Frazier, previously infamous for his arrest in 2011 for meth possession got caught and arrested again.  Back then, his rather embarrassing arrest saw him hiding in a tree after a failed Walmart robbery. Now, he faced arrest again as a cop found meth on him. Furthermore, he drove with a suspended driver’s license.

Fans of Love After Lockup expect familiar faces on the Life After Lockup spinoff. However, they won’t see either Matt Frasier or Caitlin. According to a report by Starcasm, They aren’t together and won’t feature in the show. However, they noted that it might just be Caitlin “bailing on Matt Friday night!

” That’s because a woman accompanied Matt in the vehicle.

Apparently, the Love After Lockup alum got pulled over by a police officer, and apart from finding some meth on him, he also had expired tags on the car. Plus, his license is suspended. However, when they asked the woman if she could drive, she said no, and took off. The Tenino, Washington cop who pulled him over did manage to get sight of Matt’s Washington State ID and on the MCT, it “stated that he was DWLS 3rd.”

Matt Fraiser’s arrest for meth came after a search

Starcasm cited the arresting officer as saying, “I took him to the back of his car and searched him incident to arrest. In his left front jeans pocket, I found a small green and clear baggie containing a white crystal substance. I placed it into an evidence bag and finished my search.” They added, “[they] found nothing else of evidentiary value. ”

Sadly for the Love After Lockup star, the results of the field test on the substance proved “methamphetamine” positive. Now, Matt faces charges for “possession of a controlled substance, in addition to being cited for driving with a suspended license and expired tags.” However, the report notes that he got bond on Tuesday. Who knows where the woman ended up?

Matt’s just faced his second arrest this year. Back in January, charges came of allegedly having a stolen vehicle. That case goes to trial in June. Plus, his new arrest for meth means he’ll be back in court on June 11 as well. It looks like our bad boy’s still a bad boy who never really changed much since we last saw him in season 2 of Love After Lockup.

What do you think about Matt Frasier’s new possession of meth? Do you think this repeat offender may ever reform? Sound off your thoughts in the comments below.

Does ‘Seinfeld’ Have A Netflix Release Date Yet? When To Expect It
‘You, Me, And My Ex’: Is The Reality Series Scripted?
‘Love After Lockup’ Stars Brittany & Marcelino Jet Off To Paradise
Lauren Burnham, Arie Luyendyk Jr. Reveal Twins Names
‘Bachelorette’ Shocker: Katie Thurston Opens Up About Sexual Assault Trauma