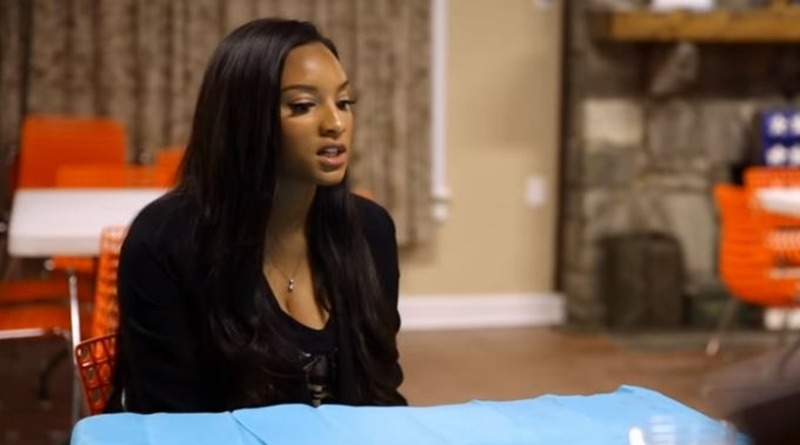 90 Day Fiance: Happily Ever After? showed Pedro go back to the Dominican Republic and he left Chantel behind in the USA. Next thing, we saw Pedro going a bit too far with a friend of his sister. Now, Chantel’s considering joining Pedro in his country.  That really may not be a good idea according to her parents. Some fans feel Chantel talks to them too much about her marriage.

90 Day Fiance: Happily Ever After? looks bad for Pedro and Chantel

Fans of 90 Day Fiance know that Pedro and Chantel get a new spinoff soon, The Family Chantel. So, presumably, it’s not the end of their relationship just yet. However, as it stands, Pedro went back home and told Chantel not to come over. However, she feels she needs to go there to save her marriage. Of course, her parents, especially Karen think that’s the worst thing she could do. Should she pitch up unexpectedly and drop a bomb, she could face loads of hostility.

Bear in mind that “Pedro’s sister, Nicole, played a major role in the feuding that started a physical brawl at Chantel’s family’s home last year. Well, she’s still causing trouble,” according to The Hollywood Gossip. That’s obvious as she posted about Pedro being single as her friend Coraima got a bit too close to him. It sounds like Chantel could run straight into that sister and her manipulations.

TLC show that Chantel really wants to just go and find Pedro and try to save her marriage. Meanwhile, her dad thinks things could get out of hand and she needs “security.” Karen, of course, thinks Chantel should change her bank account and contact immigration so he stays over there. In fact, she thinks he’s run away because he’s a “bigshotness” with a few American dollars in his pocket. Meanwhile, Chantel tries to excuse Pedro by saying he might struggle with the American work ethic.

Many fans of 90 Day Fiance think that if she arrives in the Dominican Republic, she’s unwise. Plus they feel she takes far too much of her marriage to her parents to make decisions for her. After all, she’s a married woman and there’s no place for everything being discussed with Mommy and Daddy. While her parents do think logically, sometimes maybe the nursing student should think for herself now and then.

Over on YouTube, lots of 90 Day Fiance fans talk about Chantel and Pedro. Here’s what some of their thoughts are:

What do you think about Chantel going to the Dominican Republic? Do you think her dad’s right and she needs to be very careful? After all, Pedro’s family’s hostile. Should she make her own decisions a bit more? Sound off your thoughts in the comments below.

Wait, Why Isn’t A New Episode Of ‘Extreme Sisters’ On?!
WOW! Matt Roloff’s 2021 Net Worth Might Shock You
Duggars Break Social Media Silence Since Josh’s Arrest – See It All Here
Does Bennett Jordan From ‘Bachelorette’ Regret The Argument With Noah Erb?
‘LPBW’ Tori Roloff Slammed For Insensitive Comments About Lilah