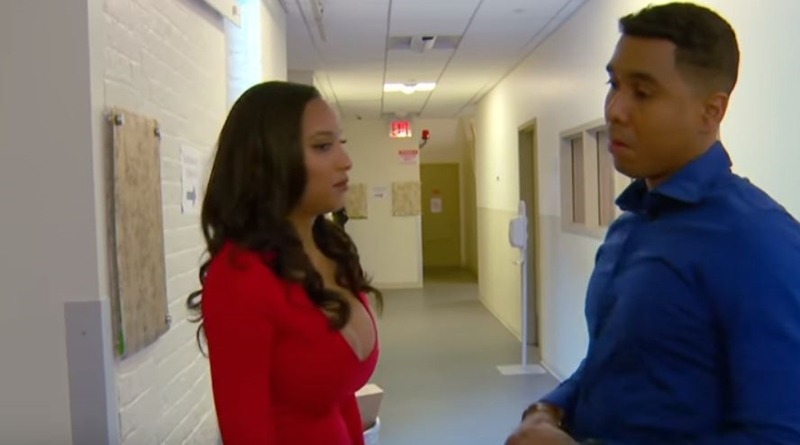 Distractify reminds fans of the 90 Day Fiance: Happily Ever After? spinoff that despite relationship turmoil, they survived two seasons already. Despite all the secrecy and outright lies and deception, they still got a big following in Season 4 of 90 Day Fiance. Of course, with The Family Chantel coming up as well, one can assume that we will see much more the couple. Is it likely they split? How much material can TLC keep on milking from them?

Now, we hear from Men’s Health that the two remain together, but there are issues on the home front. It seems that once again, the police may be involved in the upcoming season. According to Men’s Health, “a massive fight was rumored to have broken out between Chantel and Pedro, with the police being called.” Well, we all saw the physical fight between Pedro and Chantel’s brother River, so yeah, things could easily get out of hand with this twosome.

What else we know about Chantel Everett And Pedro Jimeno in 90 Day Fiance: Happily Ever After?

Talking about the fight between Pedro and River, it seems that in the new season, they still didn’t kiss and make-up. In fact, according to Elle who wrote on the early premiere, Pedro “wants to get away from Chantel’s brother River.” He wants to live in Savannah, Georgia. That would suit the whole family, as long as he left his wife behind. In fact, in the preview, they want to “make him an offer he can’t refuse,” to go away. Anyway, Pedro wants to move, but Chantel’s worried about her educational studies. She may not be able to transfer her school credits.

In fact, in April some discussion arose about Chantel and college. Someone posted on her Instagram, “I saw on National TV that you[re] in a Community College perusing a Bachelors Degree. Girl the most you can get in a community college is an AA!” After some arguments though, other fans agreed that you can do bachelor programs at many community colleges. So, it’s believable that Chantel’s concerned about that in the upcoming season of 90 Day Fiance: Happily Ever After?

I have been getting so much support from my followers about the announcement of #thefamilychantel and I am so grateful 🙏🏽 Initially I was ambivalent about it because my life is not perfect and it is not easy to show my flaws to the world. Thank you to the people who have been sending me support friends and family "#framily" I really appreciate it. @rose.box.nyc thank you for sending me these beautiful roses! I look forward to enjoying them all year long🌹💕 . . . @tlc #thefamilychantel #framilychantel #90dayfiance #happilyeverafter #peaceandlove #gratitude #grateful

Is Pedro just there for the green card and does Chantel want a baby?

The Everett family, as we know, want Pedro gone. They don’t trust him and they grow increasingly convinced he just wants their daughter/sister for the green card. Further spoilers on the show suggest that this didn’t change. In fact, Chantel still worries about money Pedro sends home and starts thinking maybe her family’s right about his motives. Nevertheless, according to Elle, she also wants a baby.

What do you think about the fact that Pedro wants to move, Chantel wants a baby, but also wants her education? Is Pedro really using Chantel just for the green card? Sound off in the comments below.

Remember to check back with TV Shows Ace often for more news about 90 Day Fiancé: Happily Ever After? The show airs at 8 p.m. on Sunday, April 28.