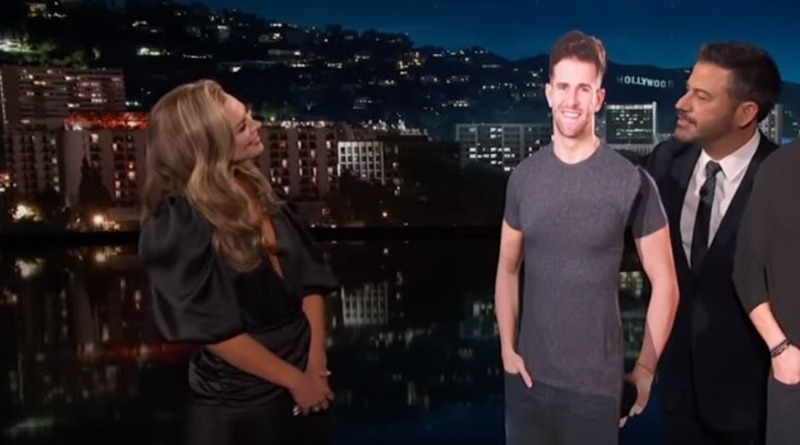 The Bachelorette for the heart of Hannah B just aired. In the second episode, we saw that Luke P actually declared his love for Hannah B just a few hours after meeting her. In fact, across social media, it’s a bit of a joke as he rushed into it so fast. Jimmy Kimmel noted it’s the fastest declaration of love in the show’s history. Of course, being Jimmy Kimmel, his take on it was hilarious. Note this article does contain some spoilers.

TV Shows Ace reported on some of Reality Steve‘s spoilers for Hannah B’s The Bachelorette. You should note that there are two Lukes, Luke P, and Luke S. In our previous article we noted that Reality Steve felt Luke P could annoy some people. We noted that “while in the shower one day…he had an encounter with God…and God spoke to him and he realized he wasn’t the man he wanted to be.” Okay, so we could expect some religious talk from him, but did God prompt him to declare his love prematurely?

Certainly, fans of The Bachelorette noted the great speed of Luke P’s “love” for Hannah B. Like Jimmy Kimmel, they also joked about it on Twitter, but Kimmel’s got it down pat. Nevertheless, it’s worth taking a look at some of their comments as well. (apart from the fact that everyone is so confused about which Luke is Luke P, or S, as so many names got duplicated in this season.)

Of course, everyone had such a laugh and some great memes came out straight away, like this one below:

Meanwhile over on Jimmy Kimmel Live, folks got a lot of laughs on his take on Luke P. Jimmy said, “In other mental illness news, the new season of The Bachelorette has begun.” He noted it was just the second episode and “Luke P is not wasting any time…he now holds the record for the fastest ‘I love you’ in Bachelorette history.” Then he cut to the clip where Luke said he couldn’t believe he was “saying this right now,” adding that he’s “falling in love” with Hannah already.

Jimmy laugh’s saying, “they met about four hours earlier.” Then he adds, “Luke P – the P stands for ‘premature’ I think.” Then Jimmy says, “And, he might not even be the most annoying one of the bunch.” He notes that honor goes to software salesman Cam.” Of him, Kimmel notes “he decided to crash the group date to which he was not invited, but he made up for it with his remarkable freestyle rap.”

Cut to the scene – doctored of course, where the long-winded rapper gets blasted into a fireball by Game of Thrones dragons. Then, Jimmy notes that Hannah sent three guys home, and he’s going to make his own The Bachelorette predictions. He says he makes his predictions every year, or rather his “wife does it, and very well, but [he] takes the credit for it.”  Then Hannah B walked in. Of course, there’s much more fun stuff, so we’ve added the YouTube clip here for you to enjoy.

What did you think about Luke P declaring his love to Hannah B so early in the new season of The Bachelorette? Did you think it a bad move? If you enjoyed Jimmy Kimmel’s take on the premature declaration of love, sound off your thoughts in the comments below.

Remember to check back with TV Shows Ace often for more news about Hannah B’s The Bachelorette.

‘Teen Mom’ Farrah Abraham Returns To Reality TV
Here’s Why Producers Chose Clayton Echard For ‘The Bachelor’
Jared Haibon Shares Heartfelt Tribute After Losing Member Of The Family
‘RHONY’ Season 13 Reunion Canceled: What Does This Mean For The Show?
‘Love After Lockup’ SHOCKING Spoilers: Are Stan And Lisa Still Together?