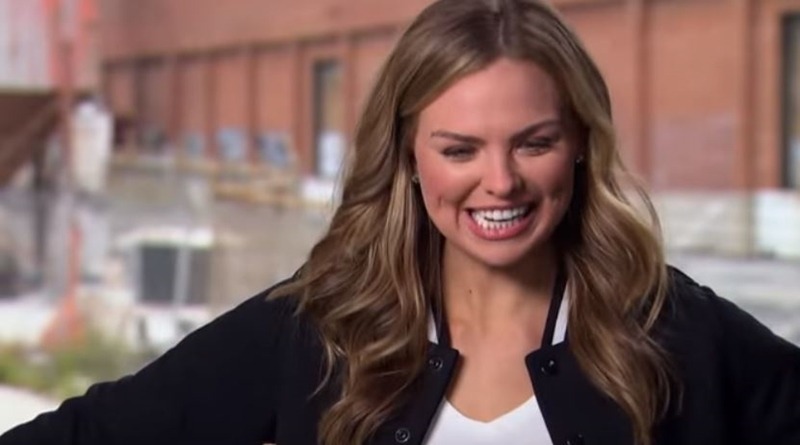 The Bachelorette Season 15 premieres on Monday night and this year, the showrunners said they might try and spice things up by doing things a bit differently. However, Reality Steve‘s been digging deep into the forthcoming season and already emerged with details of Hannah B’s series. Recall, we met her back on Colton Underwood’s Bachelor. Now, just hours ahead of the premiere episode of the ABC show, spoilers emerge about the guys’ videos that we’ll see.

Reality Steve took to his Twitter in yet another long thread of spoilers. This time, it’s about what we can expect to see in the premiere episode. If you don’t want to know, then stop reading now, as loads of spoilers emerge. Normally, his spoilers prove right on target, so not reading on is very important if you don’t want to know what happens. In fact, yesterday, he managed to spoil the final two men who last the length of the series which  TV Shows Ace also reported on.

The videos Reality Steve talks about feature seven of the men. These are the videos that introduce the guys tonight. Interestingly, Tyler Cameron spoiled to be one of the finalists is featured. Others include Peter, Mike, Joe, Mat Connor, Donald J, and Luke Parker. Read on to find out more about these seven people in their first video appearance. It’s rather interesting to see how diverse their personalities are.

The first The Bachelorette intro video is for Tyler C. He’s busy doing some house construction. Steve notes he’s “dancing as he takes off his shirt.” Comparing him to “Kevin Bacon in “Footloose,'” Steve mentions that the dancing not overly impressive. Apparently, Tyler nearly became a “dancing major at Wake Forest.” He’s followed by Peter the pilot that has his parents in aviation as well. He loves the idea of being able to “pick up dates and fly them anywhere.” There’s a shot of him flying over the mansion near Westlake Village. He says, “Hannah I’m coming for you.”

Next up, we see Mike who’s also into things that fly. He’s an “Air Force vet who lives in Dallas.” Until now he only ever fell in love with one woman – his “great grandmother.”Actually, he sounds a bit dull, as his video shows him and great granny chatting about his lack of dating experience, “how he hasn’t dated much and what this experience will be like. After that, we see Joe who is “the Box King from Chicago.” Reality Steve says his “whole bit all night is box puns. He makes boxes.”

Hopefully, the other three bring us some happier surprises. The first of the last three Bachelorette hopefuls is Matt Donald. Corny as it sounds, he really got “raised on a farm.” He signs a lot as his parents and brother are deaf. When he arrives on the limo entrance, Reality Steve says he makes up a song set to “Old Matt Donald had a farm…” Okay…The next up is Connor J who works as “a district sales manager and talks about his diversity.” His blonde haired dad married his mom from Hong Kong. In the intro video, we get to see his mom and his grandma.

The final one Reality Steve spoiled for the premiere episode of season 15 is Luke Parker. He feels this guy’s gonna “rub some people up the wrong way.” According to Steve, it’s because Luke “says he wants to think he’s a good looking guy and he used that to his advantage with the women during college. But then, while in the shower one day…he had an encounter with God. He then adds that “God spoke to him and he realized he wasn’t the man he wanted to be. He’s working on being the husband he wants to be for his future wife. Brother and sis-in-law met and married all within the same year.”

(EPISODE 1 SPOILERS): breaking down what to expect in the 7 guys intro videos you’ll see tmrw night…

What do you think about these spoilers for the premiere episode of Hannah B’s potential guys? Do you think she’s going to like any of them? Sound off your thoughts in the comments below.

Remember to check in with TV Shows Ace often for more news and spoilers about The Bachelorette.