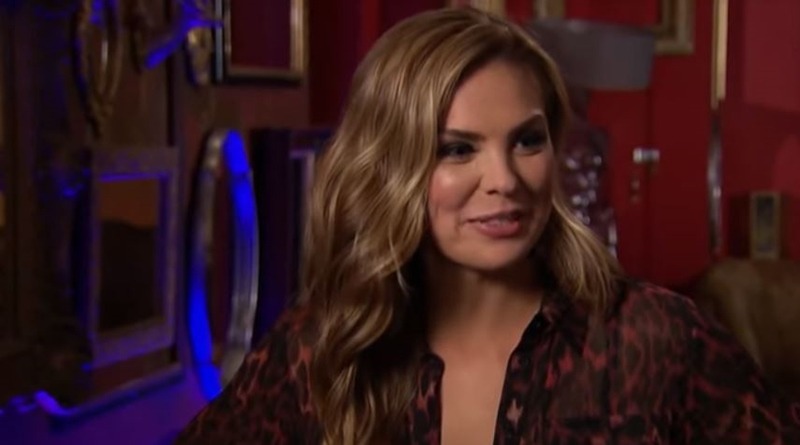 Bachelorette Season 15 premieres on Monday night and this year, Hannah B looks to find love. We last saw Hannah B (Brown) on Colton Underwood’s Bachelor. Now, just ahead of the premiere of the show, major spoilers emerged via Reality Steve on Twitter. Caution, if you don’t want spoilers then stop reading right here.

Bachelorette spoilers for Hannah B involves going to Greece

Reality Steve took to his Twitter in a  long thread of spoilers over the last day about Hannah B and the last four who should remain in the competition. Remember that 30 guys appear on the first episode, and we know all of them now thanks to ABC who shared photos and details of all of them on facebook. However, for the purpose of these spoilers, we only need to worry about four names on the list.

These names include Luke, Jed, Tyler, and Peter. Two Tylers appear on the show, and while we can’t be totally certain, it looks like it’s Tyler (C), Cameron. Plus there are two Peter’s just to make it a little more difficult. However, it seems that Peter Webber is the one of note in these spoilers. Reality Steve noted that Luke, Peter, Jed, and Tyler went to Greece with Hannah B. Apparently, Hannah didn’t hand out a rose after meeting the families.

The final four according to spoilers by Reality Steve

Reality Steve got word that presumably three guys went to Greece with Hannah. However, he didn’t know at the time, that Hannah had not sent one home, and that four would go to Greece. About that, in a recent update, he posted, “This past Wed morning when I tweeted Luke was eliminated at 3, I said that bc I was told he was spotted at JFK earlier that night. Took me a few hrs (as u know) but finally saw confirmation of it. So he’s been home since Tuesday bc he was #4.” Actually, it seems something happened on his overnight that Hannah wasn’t overly impressed about. So, Luke is out of the top three for Hannah B’s The Bachelorette.

Reality Steve notes that Luke made a final effort to talk to Hannah at the final three rose ceremony but she didn’t bite. So, that left Tyler, Peter, and Jed in the running in The Bachelorette. However, Reality Steve then notes that Peter got eliminated at number three, leaving Tyler and Jed in the running for Hannah’s heart. So, it looks like it all comes down to those two. It’s not clear where one follower got the information from, but they said that Jed actually wins out. However, that could still be confirmed by Reality Steve Later.

(MAJOR SPOILER THREAD): Last week I reported Luke was eliminated at the final three rose ceremony and had been hearing rumors that all 4 guys went Greece, but didn’t know why and couldn’t confirm it. I can now confirm they did all go there and here’s why…

Wrapping up the spoiler thread for The Bachelorette

Wrapping it all, up Reality Steve said that the “Final Rose Ceremony is complete and just waiting on more info to come in. I could find out tonight, it could be in a couple of days. I’ll let you know when I do.” So, now you know all about Hannah B’s choices, you can watch the show and set aside the drama, or just skip it to the final episode.

What do you think about the spoilers by Reality Steve about Hannah B? Which one do you hope gets all the way through – Tyler or Jed? Sound off your thoughts in the comments below.

Remember to check back with TV Shows Ace for more news about The Bachelorette.