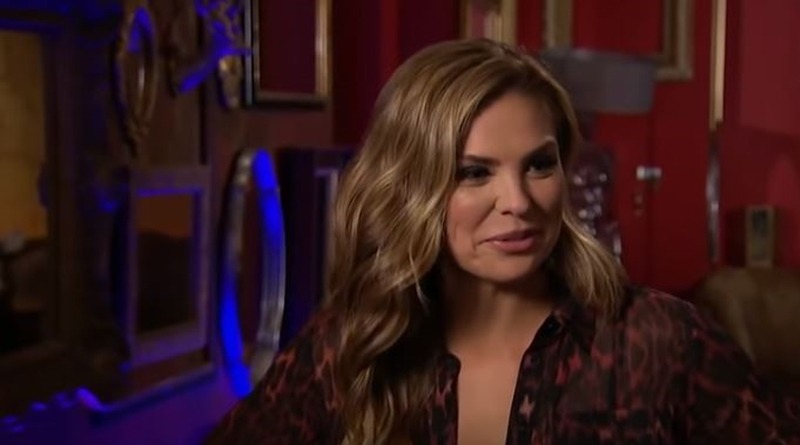 The Bachelorette fans were shocked by Luke P this week. Just into the second episode of Hannah B’s show, Luke decided to say he already felt a lot for her. Actually, inside just hours of getting to know each other, he said that he’s already “falling in love” with her. Fans laughed and memes popped up all over the place. However, it seems that Hannah B’s actually quite taken with that declaration of love.

Fans of The Bachelorette hated it when Luke came out and said how already he had such deep feelings for Hanna B. In fact, the whole scene came across as so cringe-worthy. In the episode, although Hannah smiled, she even looked ready to cringe. Collectively, everyone wished he’d just stop talking.

TV Shows Ace reported on Jimmy Kimmel’s take on it. We noted that Jimmy said, “In other mental illness news, the new season of The Bachelorette has begun.” He noted it was just the second episode and “Luke P is not wasting any time…he now holds the record for the fastest ‘I love you’ in Bachelorette history.”‘

Speaking of cringe-worthy moments, E! News wrote that Hannah B told the Daily Pop what went through her head. She said, ‘”When he was saying that, I was like, ‘Oh god. You’re about to say it…please don’t. Oh, you are. Oh, you did. You did, you said it.'” However, she’s not really appalled by it and seems actually quite taken by the whole thing.

Her smile on The Bachelorette set really came from her heart as she feels they did in fact, make an “instant connection.” She notes it came as a shock though because she didn’t realize that instant connection went so deep for him. Although her feelings really come out less strongly, she admitted that she already feels something for him. Well, that’s a good start then.

Instant attraction worked for Bachelorette Hannah B in the past

Elaborating on why she feels kind of comfortable with the premature love declaration, Hannah pointed out that it worked for her in the past. Hanna said, “It didn’t really scare me because it had worked in a previous relationship, so I think that’s one thing I should probably let people know.”

Plus of course, we know she spoke about Jesus in the trailer for the show. Luke P also speaks about that, as in how “God talked” to him in the shower.

What do you think about Hannah B being quite taken with Luke P’s declaration of love? She says it worked for her in a previous relationship, but one wonders how successfully that ended. After all, she’s still hunting around reality TV to find her true love. Sound off your thoughts in the comments below.