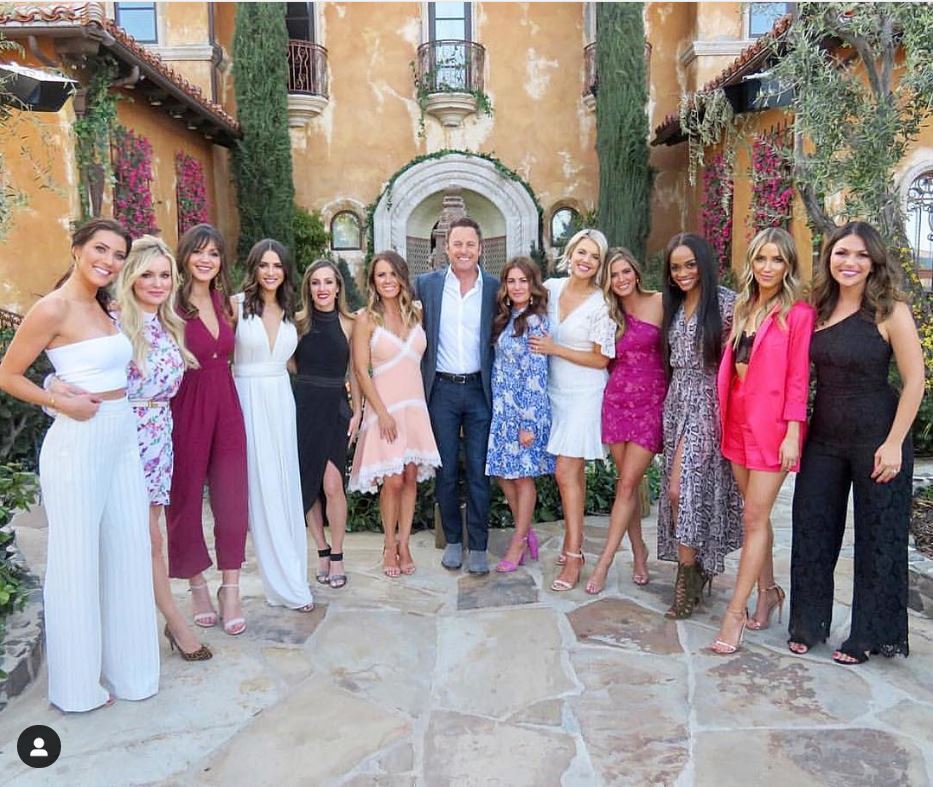 The Bachelorette is set to premiere its 15th season Monday night. Because of the new season, producers got 12 of the 14 past leads together for a historic reunion. In light of this big event, below is a look at where every Bachelorette is at in 2019.

Trista Rehn, now Sutter, was the first to get her shot as The Bachelorette. It worked out well for her. She married her final pick Ryan and moved to Vail, Colorado. The couple still lives there today and has two beautiful children. Trista and Ryan recently celebrated their 15th wedding anniversary.

The couple recently went to the Bahamas together without their children. Trista shared multiple photos of them on their trip enjoying their time together. One photo in particular showed Trista and Ryan together and was captioned, “Paradise, with my forever paradise. 🌅 ❤️ 🏝
#bahamas #sunset #mylove.”

Bachelorette’s two and three were not at the reunion

As previously reported there were two Bachelorette’s who did not attend the reunion. Meredith Phillips and Jen Schefft were absent. Jen revealed she was on a family vacation. Meredith says she was never invited to the taping.

According to Entertainment Tonight, Meredith was with her final pick, Ian McKee, for about a year before the two split. Meredith recently made headlines when she accused a masseuse from her season of sexual misconduct.

Jen has stayed away from the public eye.  She is currently living her best life with husband Joe Waterman and their two daughters. Jen’s season prompted the first live After the Final Rose where her pick, Jerry Ferris, proposed. Jen turned him down and said later she just saw him more as a friend.

DeAnna Pappas and Jillian Harris are both happy after The Bachelorette

Jillian Harris gave her final rose to Ed Swiderski in 2009. The couple broke up in 2010. Jillian has since become engaged to Justin Pasutto. They have a son and a daughter together.

Bachelorette’s 6 and 7 were both fan favorites

Season 6 of the show featured Ali Fedotowsky. Ali chose Roberto Martinez and the two were together until 2011. She now has her own successful blog and is married to Kevin Manno. The couple shares two children together.

Ashley Hebert was the 7th Bachelorette. She gave her final rose to J.P. Rosenbaum. Ashley is the first lead since Trista to marry to her final pick. The couple is still married today living in Miami. They have two children.

Emily Maynard found her happily ever after

Emily was looking hard for love after she and Brad Womack broke up. She agreed to become the 8th Bachelorette. At the end of her journey, Emily chose Jef Holm. The two ended their engagement just a few short months after the finale.  In 2014 she married Tyler Johnson. They have given Emily’s daughter, Ricki, three younger brothers, Jennings, Gibson and Gatlin.

Number 9 on this list is Desiree Hartsock. She also married her final rose recipient, Chris Siegfried. The couple lives in Seattle and has two children.

Andi Dorfman of The Bachelorette is still single

Andi became engaged to Josh Murray at the end of her 10th season. She also became an author when she wrote, It’s Not Okay. She wrote about Josh in her book and portrayed him as not so nice. She’s since gone on to write another New York Times bestseller, Single State of Mind.

Kaitlyn Bristowe had a memorable season in which she seemed to be falling for Nick Viall, but ultimately chose Shawn Booth. The two were engaged for three years before calling it quits in 2018. Since their split, Kaitlyn has started dating Jason Tartik. Their relationship is still new but seems to be heading in the right direction.

Next up is JoJo Fletcher and Rachel Lindsay

JoJo is still engaged to her final pick, Jordan Rodgers. After three years of being engaged, the couple is expected to announce a wedding date sometime this year. They live in Dallas, Texas and recently revealed they will be renovating houses on a new show.

Rachel Lindsay was the first African-American Bachelorette. She is set to marry Bryan Abasolo in less than 100 days. Bryan was her final pick of the 2017 season.

After Arie broke her heart on national television, Becca went on to be the 14th Bachelorette. Becca chose Garrett Yrigoyen at the end of her season. The two became engaged in 2018 and are still going strong living in San Diego, California.

Everyone is now up to date on all the previous Bachelorettes. Now it’s Hannah Brown’s turn to see if she can find love on her journey. Don’t miss Hannah’s big premiere on May 13 on ABC.

What Does Jacob Roloff Do For A Living & Does He Still Live In A Van?
Katie Thurston Warns Fans: Keep Your Unsolicited Advice To Yourselves
OMG! Is Kendra Caldwell’s Parents’ New Baby Okay In This Photo?
Did Hazel Busby Miss Invention Camp After Enjoying Daddy Camp?
Tiffany Franco Smith Goes In For Huge Surgery – What For?