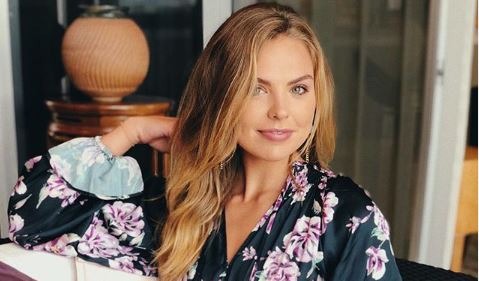 Who goes home at final three?

Reality Steve’s Twitter post shared who will be going home at the final three. This narrows it down.

(SPOILER): I can now report that for the first time in 5 seasons, the first impression rose recipient will not win the “Bachelorette.” I’ve seen the evidence I needed. Luke Parker was eliminated at the overnight date rose ceremony.

So Luke Parker will end up getting sent home after the overnight dates. This leaves him in a pretty good position to be considered for The Bachelor. If not, it wouldn’t be shocking if he lands on Bachelor in Paradise. Luke got the first impression rose and stuck around until final three so he obviously impressed Hannah B. She is also breaking that running tradition of the guy who gets the first impression rose ending up getting the final rose.

Reality Steve hasn’t confirmed who the final two are going to be, but he has shared that it is down to three possible men. He said that Tyler Cameron, Jed Wyatt, Luke Parker and Peter Weber were the final four who got hometown dates. Then Steve shared that he was pretty sure that Peter was going to go home. Now it has been revealed that Luke didn’t make it to the final two. If Peter did go home, then Tyler Cameron and Jed Wyatt will be the final two guys. There is still a small chance that Peter made it.

Hannah B’s season of The Bachelorette will premiere on Monday, May 13. Reality Steve should have the spoilers of who Hannah B picks in the end by then or soon after. Hopefully, he is able to do a great job of spoiling this season once again.

What do you think of the final two for this season with Hannah B? Who do you think she will pick in the end? Share your thoughts in the comments below, and don’t miss new episodes of The Bachelorette on Monday nights on ABC. The show will premiere on Monday, May 13 with Hannah B handing out roses.