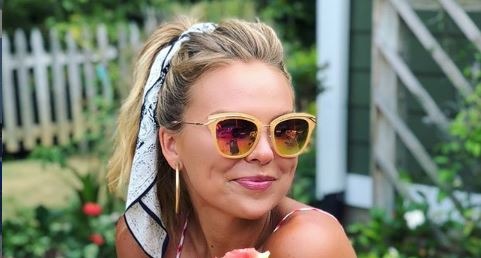 The Bachelorette 2019 is about to start airing. Reality Steve is already doing a great job of spoiling the show. Hannah B will start the night out with 30 men and then send home eight of them before the night is over. Reality Steve went to his blog to share spoilers for Episode 1 about who will be sent home.

Steve gets night one spoilers

Steve just shared spoilers today about who will be going home on night one of The Bachelorette. One thing to remember is that he hasn’t seen the episode yet. Steve is always able to get a hold of the first episode, but that hasn’t been released to media. It will happen later this week.

Reality Steve was able to get these spoilers from his sources. Steve has the entire season spoiled so far besides the final pick. He simply hasn’t shared that because Hannah B hasn’t picked her man yet. She is just now down to her final two in filming.

Hopefully, Steve is able to get the spoilers once again for the final pick. So far, he has a pretty good track record on getting it right. Everyone makes a mistake now and then.

The Bachelorette night one spoilers

First off, there were 33 guys released from ABC. Three of those guys don’t even get out of the limo, though. Joe Romeo, Matt Dione and Ben Granger will all get sent home before filming starts. This sounds like an ABC decision, but the details aren’t out. There are always a few guys that think they are going on the show then something changes at the last minute.

Originally, Steve posted all about the first eight guys to go home. At the time, he only knew who seven of the guys were. Reality Steve went to his Twitter later explaining that he had figured out all eight that go home on Episode 1 of The Bachelorette. Don’t forget that Luke Parker will get that first impression rose. That is usually pretty good luck when it comes to The Bachelorette.

(SPOILER): Said I had 7 of the 8 guys eliminated on night 1 today in the column. Got the last one. Here are your 8 that were eliminated: Brian Bowles, Chasen Coscia, Hunter Jones, Joe Barsano, Matt Donald, Ryan Spirko, Scott Anderson, & Thomas Staton.

Do you like the fact that Reality Steve spoils the show ahead of time? Share your thoughts in the comments section below. Don’t miss the premiere of The Bachelorette 2019 on Monday, May 13 on ABC with Hannah B.