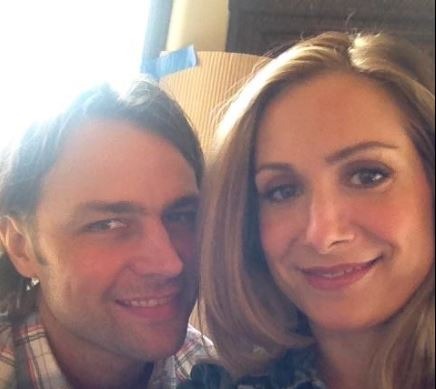 The biggest Bachelorette reunion aired on ABC Monday night. The two-hour special featured 12 of the 14 former leads. Everyone was in attendance except for Meredith Phillips and Jen Schefft. Meredith was the second Bachelorette, while Jen was the third. Why were Jen and Meredith absent from the event at The Bachelor mansion?

The former lead took to Twitter to share the reason she was not at The Bachelorette reunion with all of the former leads. Jen said she was on a family vacation and could not get away. She went on to say how beautiful all of the ladies looked.

Her tweet said, “So sad to miss! I had a family vacation planned and couldn’t get away. You ladies look beautiful! #TheBacheloretteReunion #TheBachelorette.” Because of this tweet, it really sounds like it was just bad timing for her.

Host Chris Harrison had always said the two not being there to film the reunion was simply a scheduling issue. He assured fans that both women would be represented and acknowledged even though they could not be there.

Where Are They Now: Jen (Schefft) Waterman
An early reality show sensation, the Mentor native has returned to Northeast Ohio to raise a family. @jschefftwaterhttps://t.co/RJ50SYBoGy pic.twitter.com/FXfAYIm8qg

According to US Weekly, Chris Harrison said, “Unfortunately Jen and Meredith couldn’t be there because we had to settle on a date. At the end of the day, we had to shoot this thing.  So, we just picked a day where we could get as many as we possibly could, but unfortunately schedules, vacations, was one of them, just couldn’t be changed. And we just had to pull the trigger and do this thing.”

Meredith reportedly has a different story. As previously reported by TV Shows Ace, Meredith says she was never invited to the reunion event. Reality Steve is known for getting the truth and the dirt in Bachelor Nation. Steve reached out to Meredith to ask her why she didn’t attend.

Reality Steve sent Meredith a text and the reply he received back stated, “No, I was never contacted or spoke to anyone. I didn’t even know the show was happening.” The question now remains why Meredith would not be asked to join the reunion.

Nobody really knows the real reason Meredith was not asked to join the reunion. There is speculation that perhaps her absence is because she accused a masseuse during her season of sexual misconduct. Because of this reveal, ABC could have made the decision not to invite her but they aren’t saying.

NOTE: I don’t know why Jen Schefft Waterman isn’t there but I asked Meredith Phillips if she was ever contacted to be a part of this. This is what she texted back: “No, I was never contacted or spoke to anyone. I didn’t even know the show was happening.” Just so you know.

Season 15 featuring Hannah Brown as The Bachelorette premieres Monday, May 13 on ABC. Because she is still filming some spoilers are out, but her final pick hasn’t been revealed just yet.