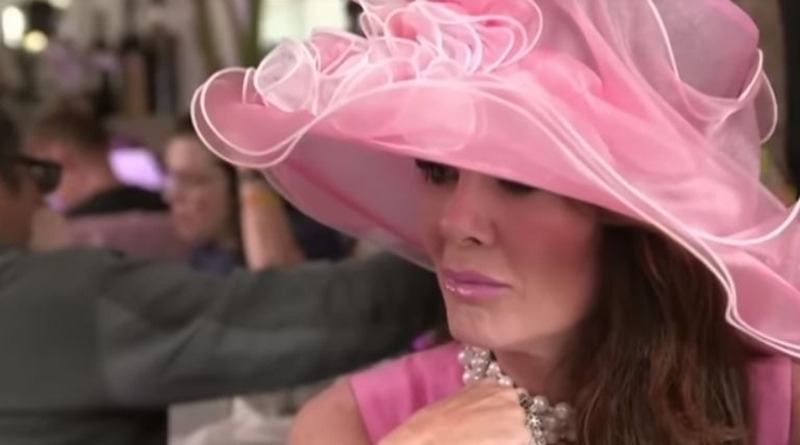 RHOBH and VPR brought us a saddened and stressed Lisa Vanderpump this year. In fact, it’s been ages since her fans from either show saw her genuinely laugh and give us a smile. The explosive Vanderpump Rules reunion saw her in tears. Meanwhile, the ongoing “Puppy Gate” drama plays out on Real Housewives of Beverly Hills. So it was nice for her fans to enjoy a laugh and smile from Lisa with her dog duster video.

Fans who watch the two shows featuring Lisa Vanderpump grew increasingly distressed to see her attacked on RHOBH. It all blew up into a huge row between Lisa and the rest of the cast. Well, most of them, anyway. The women believed Lisa leaked the story of Dorit Kemsley to the press. That was when Dorit took home a dog from Pump Dogs, had problems with it, and allegedly gave it to a friend who handed it into another shelter.

The fallout came when Kyle Richards tore into Lisa about it at Villa Rosa, thus ending a friendship. Since then, Lisa also crossed Dorit and PK off her friend’s list. It all came after her only sibling died and she was devastated. Struggling with her grief, the last thing she needed was the nastiness we see in the current Bravo season. Plus, on VPR, the reunion came with heightened stress and tension with the cast and we saw her tired, weary and near tears.

TV Shows Ace reported on how Lisa eventually went on anti-depressants. This week, the site wrote, “during Monday night’s reunion for Vanderpump Rules, she actually broke down and even told everyone about her decision to get on anti-depressants.” So, it’s been a really bad time for her. Now fans got to enjoy a laugh and a smile from Lisa, and it sounded genuine.

It has been a long time since LVP followers saw Lisa actually messing about in a fun and carefree sort of way. So, it warms the heart a lot for Team Lisa. Taking to Twitter, Lisa shared a “Good Morning” post that showed her talking about dusting and cleaning. It really looked like a takedown on some of those ads you see reality stars sharing on Instagram. It was all about dusting, and of course, being Lisa, it involved a dog.

The video clip’s very short but funny. Lisa starts out by saying, “Before I start cooking, I like to sterilize with this.” She holds up a cloth any real housewife would be proud of. But, then she adds, “But I like to dust the counters afterward.” Next, we see the star of RHOBH and VPR actually getting down and dusting. “And, this is my choice of duster,” Lisa tells the camera.

Next, we hear the music strike up as she whizzes her little doggy around the kitchen counters. Actually, it’s great fun. However, for RHOBH and VPR fans of Lisa, it’s the laugh in her voice that’s so special. Right near the end, she bursts into laughter. You can watch the video clip below.

Fans react to Lisa’s little clip of the dog duster

Fans really enjoyed Lisa’s little dog-duster clip and commented on it. Here’s what some of them said about it:

What did you think about Lisa Vanderpump posting a fun video about her dog duster? Do you think it’s wonderful that she shared a laugh and a smile with her fans? Shout out your thoughts in the comments below.

Remember to check back with TV Shows Ace often for more news about VPR and RHOBH.