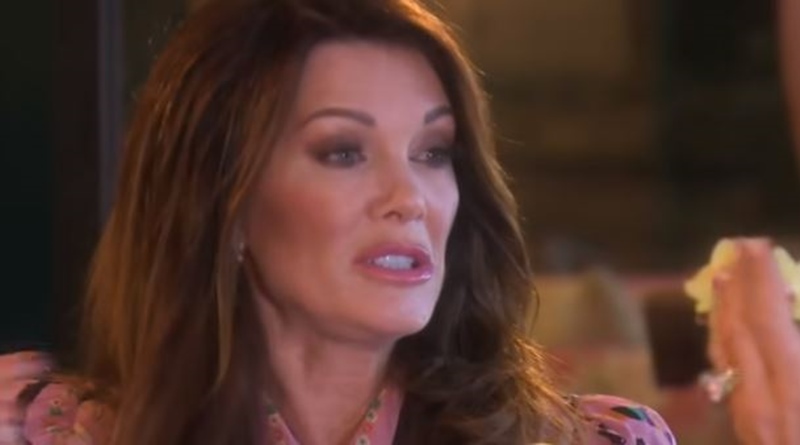 RHOBH Lisa Vanderpump (LVP)  fans seem more distraught as each episode of the Bravo show goes by this season. The reality TV show managed to drum up so much drama it has to be good for the ratings. However, many LPV fans actually seem traumatized by the women ganging up against her and some of them can’t bring themselves to watch anymore. In response to some tweets, Lisa told them to continue watching. It looks like things might work out in Lisa’s favor, or fans hope, anyway.

Most people understand that reality TV shows need an angle to stay relevant and interesting. However, this season fans saw Kyle Richards, Teddi Mellencamp, Dorit, Lisa Rinna, and the rest of them turn on Lisa in an epic cat-fight that’s getting downright dirty. In fact, Bravo’s take on the puppy scandal in this season of RHOBH seems to have traumatized many of LVP’s followers.

On Saturday, March 23, Lisa took her Twitter to write, “A famous face every day will walk thru the door of r restaurants, but no stories in the press or paps called. But I sell stories about dogs.” This, of course, is in retaliation to the allegation she deliberately sold off the story about Dorit’s dog that she adopted which ended up given away and ending up in a rescue shelter. Incidentally, It’s not the first time that Lisa mentioned that she could sell plenty of gossip to the media, but doesn’t.

After Lisa tweeted about the allegations that she would sell stories about dogs, one RHOBH fan replied. They said they “stopped watching and won’t be ever again. It’s now a witch hunt. Team LVP.” Lisa responded, telling them, “no watch and you will see…” That started a conversation that exposed just how traumatized some Team LVP fans are. Here’s what a few of them said about it:

no watch and you will see…

Thanks to Lisa encouraging her fans to keep watching as they “will see,” made some think that Lisa may draw an ace out of her sleeve. Perhaps vindication comes in the end, or so fans hope. Mind you, as some fans noted, the extreme cattiness by the majority of the women in the cast put them off the show.

What do you think about the fact that the cast’s been so horrid to Lisa Vanderpump that some followers actually sound traumatized? They’ve been crying and breaking their hearts for her. Some of them grow afraid to watch the Tell-All. If she stays away, they fear a shredding. Others feel Lisa’s above needing to justify and explain to a bunch of nasties, and hope she stays away from it.

Remember to check back with TV Shows Ace often for more news about Lisa Vanderpump and RHOBH.