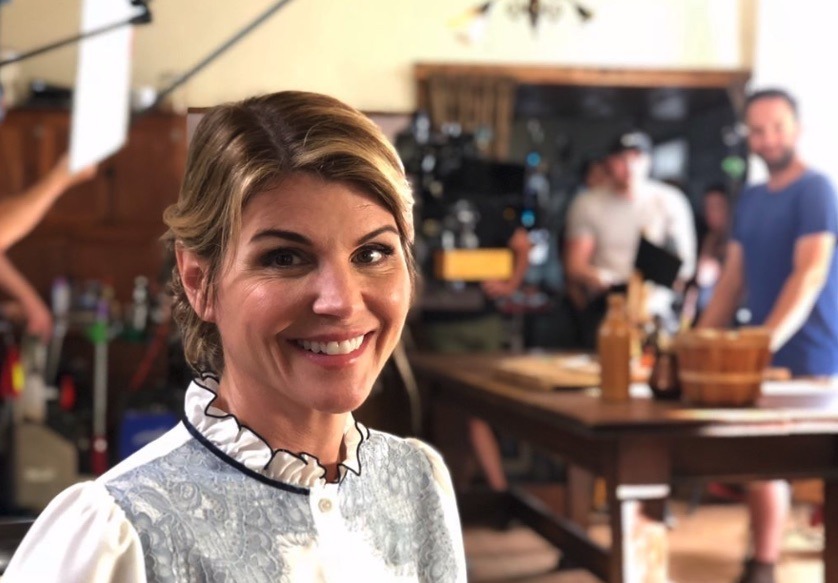 When Calls The Heart returned on Sunday without Lori Loughlin’s character Abigail Stanton. Could the way Hallmark handled Abigail’s absence open a window for Abigail Stanton’s return, possibly at a later time?

How did Hallmark choose to deal with Lori Loughlin’s WCTH character Abigail Stanton? It was done in a very calm and loving way. Elizabeth Thatcher (Erin Krakow) was writing a letter to a friend about the changes in Hope City. She explained that Abigail left to go east and take care of her mother. The words in that letter must have been the cast and crew’s own message to Lori, as well as a beautiful explanation for the mayor’s abrupt departure.

“We never know how life will turn. It’s been a week since Abigail got word that her mother had taken ill back east. True to her nature, Abigail wasted no time in rushing off to take care of her. Abigail is much more than a friend. She’s family and I will miss her and Cody deeply. We all will. But we must get by as best we can. We all keep Abigail and her family in our prayers and wish her godspeed.”

Elizabeth also explained how Clara (Eva Bourne, who also starred with Lori on Garage Sale Mystery), and Bill (Jack Wagner) will take over the cafe for Abigail. She ended her missive with a message that is clearly meant for all hearties.

“In her absence, we must soldier on and we will. We are a community. We are strong. We are Hope Valley.”

Unfortunately, it appears that Cody left with Abigail, which shocked a lot of hearties. It does not appear that Cody is returning any time soon. Another shocker is that some people didn’t get the updated show. TV Shows Ace has reported that Amazon played the original episode with Lori Loughlin!

By not killing off the character of Abigail Stanton, Hallmark has clearly left the door open for that character to return. Could they possibly bring Abigail back with a new actress? That seems possible. Yet, this is a risk. Lori Loughlin’s firing has torn hearties. Many may feel that replacing her with another actress removes any hope for Lori’s return.

Then there is the cast themselves. Fans have been able to express their grief over the firing of Lori Loughlin, but her fellow WCTH castmates have been mostly tight-lipped about it. Paul Greene has shown his support, and Jack Wagner recently revealed that this situation made him feel the “five stages of grief.”

Wagner joined WCTH because of Lori’s close friendship and help. He is also a golfing buddy with her husband Mossimo Giannulli. The actor has revealed to Entertainment Tonight that the cast began “lovingly moving ahead.” He then explained how they, as a cast, have all been “tested.”

“When a show… loses a character or something that is just such a key component to the show… you really have to kind of regroup and restructure… Ultimately it’s about how you’re going to write the show and what the attitude is going to be amongst the actors as professionals, so that’s been tested again and we all showed up, we hit our marks, and we’re trying to do our best.”

A post shared by When Calls The Heart (@wcth_tv)

Lori Loughlin was close to so many on the set that it may be quite a challenge for anyone new to come in and fill her role as Abigail Stanton. But, who knows what is next. According to People, Lori has chosen to go on trial in order to preserve her reputation and to avoid jail. Who knows if things go well, Loughlin could return to Hope Valley? The way the WCTH writers have set it up, she could potentially return.

What do you think about how they wrote Lori Loughlin out the show? Do you think Abigail will eventually return to Hope Valley? Hearties, what are your predictions? Share your feelings in the comments below.

Remember to check back with TV Shows Ace often for more news about WCTH.