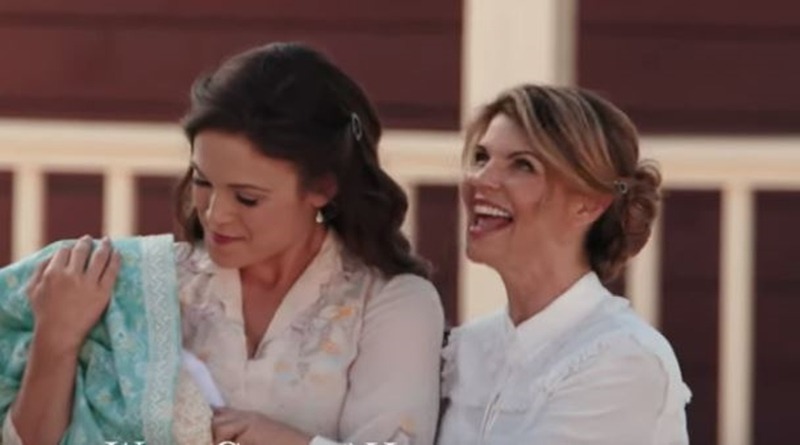 WCTH returned Sunday with the revisited and re-edited Season 6. Fans of the show know that Abigail Stanton’s role either got written off completely or recast. Recall that Lori Loughlin lost her job on the Hallmark show after her arrest involving wire fraud and the college admissions scandal. Fans waiting patiently for Hallmark to revisit and edit the season so it could continue without Lori saw the first new episode on Sunday. Actually, many felt the exit of Abigail went okay and was tastefully done. However, dismay arose as it looks like the writers of When Calls the Heart may have also written out Cody, Abigail’s adopted son in the show.

Getting rid of Lori Loughlin could not be easy for the writers and the cast. However, despite the bad taste it all left, Hallmark managed it tastefully. TV Line reminds us that they sent Abigail off to “take care of her sickly mother out east.” The opening scene presented Elizabeth (Erin Krakow) imparting the news. So, that’s the end of Abigail. The outlet also reported that it looks like Abigail won’t get recast and disappeared into the dark history of TV soaps.

EW noted that the news of how Abigail left the show in WCTH really went down short and simple. Elizabeth simply narrated it in a letter she wrote.  “We never know how life will turn,” Erin said. “It’s been a week since Abigail got word that her mother had taken ill back East. True to her nature, Abigail wasted no time in rushing off to care for her.” Okay, for now, that sits alright with fans.

Elizabeth continued with her letter, noting, “Abigail is much more than a friend. She’s family, and I will miss her and Cody deeply. We all will. But we must get by as best we can.” Of course, Cody’s the glue that holds the kids together. Now, disturbed that Cody went off with his TV mom Abigail, WCTH fans fear he may never return. Here’s what fans  on Twitter said about it:

I already upset because of the mess Lori made of her life cost Cody's role in HV that is very unfair,her role should have died

It really may be a little early to suspect Cody’s gone forever. However, one thing about Hope Valley is that fans can always hope. If Hallmark really wrote Cody out because his onstage mom made the biggest mistake of her life in real life, that’s not fair on him.  The next episode airs Monday night at 9 p.m. There’s still another six episodes to go. Fans hope that some answer comes out in the next episode that may point to Cody returning.

What do you think about Cody going off with Abigail when they wrote Lori Loughlin out the show? Do you think there’s a chance he could find some way to return to Hope Valley? Shout out your feelings in the comments below.

Remember to check back with TV Shows Ace often for more news about WCTH.