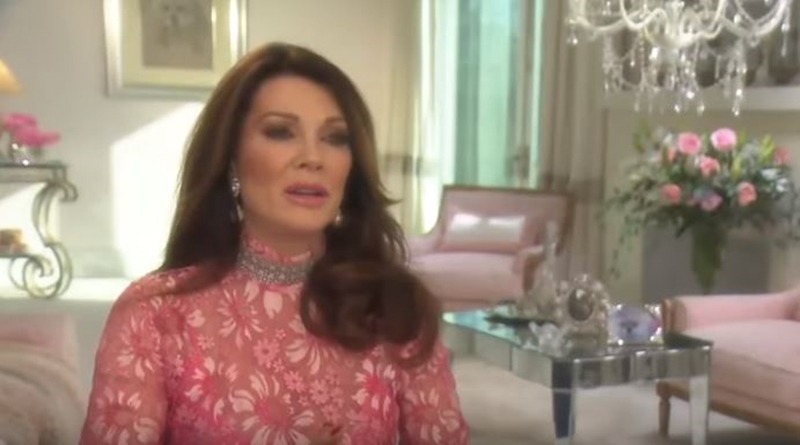 Real Housewives of Beverly Hills aired on Tuesday. In it, we saw Lisa Vanderpump slap at Dorit Kemsley, and she called her former friend a “stupid cow.” That’s quite a mean thing to say, actually. Lisa’s facing a lot of mean things being said about her, but is some of it justified? After all, she’s angry with Kyle Richards for not believing her about the “Puppy Gate” leaks, but once before, she disbelieved Kyle. Is this not about what’s good for the goose should be good for the gander?

In Tuesday’s episode, which followed the big fallout at the Boy George concert, PK, Ken, Dorit, and Lisa got together for a meal to discuss their friendship. It came out in the previous episode, that PK still felt something good about Ken and Lisa. In fact, that gave Kyle reasons to get enraged, as she had confronted Lisa over ‘Puppy Gate.” From her point of view, she stuck up for Dorit and PK, who just felt it was not her business.

Now, if you think about what went down at the Villa Rosa that day, Kyle basically said she did not believe Lisa’s denial over leaks. So, because her friend did not believe her, Lisa cut off the friendship. On Tuesday, we saw a more civilized meet between Dorit and Lisa. However, Lisa wanted to know if they believed her about the leaks. In fact, they did not believe her denials. Therefore, Dorit and PK were waved goodbye, and another friend went out the door. To top it off, Lisa was really mean to call Dorit a “stupid cow.”

Over on Twitter, a post about Season 3 reunion of the Real Housewives of Beverly Hills surfaced. Reality Blurb spotted the post on Twitter.  It was about something at that time that involved people believing lies or truth.  In it, Lisa clearly did not believe Kyle was telling her the truth. However, Kyle did not dramatically go berserk about cutting off friendships. So how comes what’s good for the goose ain’t good for the gander? It was all about Yolanda, and it later proved to be true.

A fan noted, “That one time [LVP] didn’t believe [Richards] over Yolanda over what was revealed to actually be TRUE…Maybe Kyle should’ve held her friendship hostage over this.” Kyle explained, “And this was another case of Lisa not wanting to ruin a relationship (with Mohamed) and Dorit with PK.” In the old clip, LVP was asked if Kyle’s story that Yolanda Hadid was bad-mouthing her was true. However, Lisa said she believed Yolanda who denied it. This kind of made Kyle out as being a liar.

Lisa disbelieved Kyle, but Kyle never made such a drama over it

The problem with all of this is that we saw Ken and Lisa saying if their friends could not believe Lisa tells the truth, then they cannot be friends. However, back in the Real Housewives of Beverly Hills’ Yolanda case, Lisa did not believe Kyle told the truth. So, it was almost an exact situation. Andy Cohen asked Lisa if she thought Kyle made up stories. To this, Lisa said, “I’m not saying she’s a liar but maybe it wasn’t quite… I don’t believe Yolanda would say something like [“full of s**t.”].”

Well, actually, when you say you don’t believe something your friend told you, then really, that is calling her a liar. So, how come when Lisa gets it dished back, there’s all this drama? What do you think about all this drama of friends and telling the truth? After all, from Kyle Richards’ side, she never had a thousand dramas. In fact, she too could’ve cut off the friendship back then. After all, Lisa implied she did not believe her. Sound off your thoughts in the comments below.

Remember to check back with TV Shows Ace often for more news about Real Housewives of Beverly Hills.