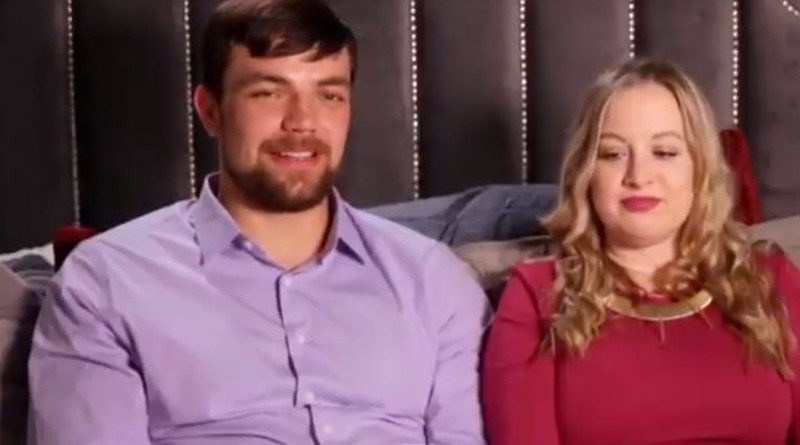 90 Day Fiance: Happily Ever After? returns to our screens this Sunday. Of all the couples to bring back, really Elizabeth Potthast and Andrei Castravet seemed the most normal and boring back in 2017. Not all that many people got invested in their story as a result. In fact, few tabloids found anything apart from the baby news to make into a story since their season on 90 Day Fiance ended. Now, TLC released sneak peeks for the cast of the upcoming show, and theirs comes over as a bit scripted. Is TLC manufacturing something just to stop us all falling asleep?

90 Day Fiance: Happily Ever After? sneak peek shows tension, but is it scripted?

Obviously, sneak peeks take us back in time so we know where to pick up the story for the spinoff Happily Ever After? This time, we see Andrei once again coming over aggressive and controlling. However, by the time we saw them back in the Tell-All, they seemed very much just an ordinary couple without much drama. Now, in the sneak peek, much like the first time we saw them on TV, it seems the drama comes from the family rather than the couple.

Even then, any drama from them really can’t compare to that of Chantel Everett and Pedro Jimeno. Somehow, confronting Andrei over how they “never had issues before” he came along looks rather contrived. “He’s hostile,” and “he’s irrational,” is so old news from 2017. Even back then, the drama mainly came from Elizabeth’s father with the custody issues and his Mercedes that he thought the world of. Not that the audience was impressed by that. Oh yeah, and he didn’t like Andrei any more than the sisters.

Elizabeth And Andrei await their baby in Happily Ever After?

E News broke the news back in January 2019 about the arrival of their baby. At the time, they said, “This is such a joyful and amazing moment for us. We have never felt this rewarded in our lives and we are looking forward to our bright future as a family of three.” They also cited them as saying, “Being married is amazing and everything we thought it would be!”

As they shared so much of the baby story on social media, it looks like no surprises will pop up from that side. In the sneak peek we see some tension over that. Once again, the drama’s from the family, rather than between Elizabeth and Andrei. Elizabeth mentions how she doesn’t need that type of stress. Well, who does? Pregnant and family butting into your married life always causes tension.

A post shared by Elizabeth Potthast Castravet (@elizabethpotthast) on Apr 21, 2019 at 2:46pm PDT

With no drama to tell in the lives of Elizabeth and Andrei, it looks contrived

Why TLC brought them back for the spinoff Happily Ever After? seems questionable. Perhaps it’s to offset the drama with Ashley Martson and Jay Smith. Not to mention the award-winning drama between Larissa and Colt(ee). This couple looks happy, sounds happy, and are devoted to their baby. We even hear from Cosmopolitan that “Elizabeth’s dad has fully embraced his new grandchild.”

They also mentioned that again, a relative made a drama over the baby. It seems brother-in-law Orlando Davis, leaked the pregnancy on his radio show. The family seem altogether just too contrived and scripted to come over as believable.

What do you think about Elizabeth Potthast and Andrei Castravet on the TLC spinoff? Do you think it’s all a bit scripted in the sneak peek? Sound off your thoughts in the comments below.

Remember to check back with TV Shows Ace for more news and opinions on 90 Day Fiance Happily Ever After?