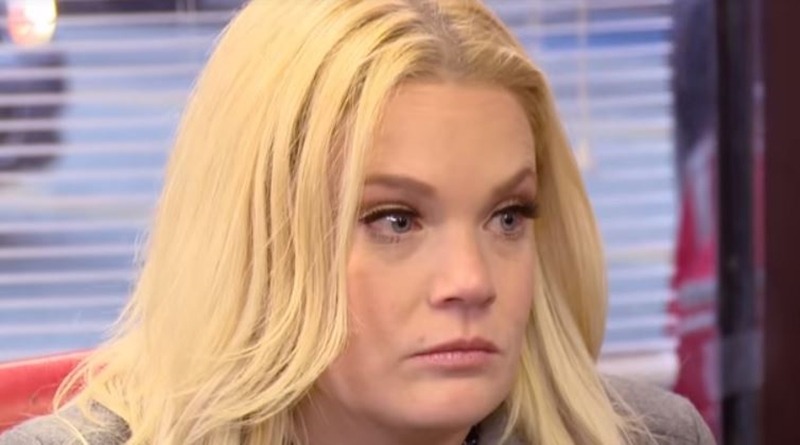 90 Day Fiance fans heard via Ashley Martson on her Instagram stories last week that she’s planning to divorce Jay Smith. It came just ahead of the new spin-off 90 Day Fiance: Happily Ever After? It looks like Jay cheated on her, and she’s enraged. However, some followers don’t believe her, alleging it’s probably just another lie and a faked storyline. Some haters hit on her and she slapped one down for racism. Meanwhile, in a separate Instagram Story, she thanked her loyal fans who support her.

The spin-off show 90 Day Fiance: Happily Ever After? premieres on TLC Sunday, April 28, at 8 p.m. ET. All the new drama about another split with Jay Smith infuriated some fans. Actually, they think that because Ashley and Jay faked their split story on season 6 of the show, they cannot be trusted. Fair enough too, as it all came out in the wash. Incidentally, when the news broke, Ashley never denied it and blamed TLC for making them do the ruse. Nevertheless, it garnered the couple loads of haters.

Obviously, those haters now suspect the new “divorce,” cheating story, and subsequent split’s just another fake storyline. Followers of 90 Day Fiance think this story follows the same old lies told before, to rank up some ratings. Bear in mind, for them, they felt defrauded and, once bitten, twice shy. They took to Instagram in their droves to have their say about how they just don’t believe Ashley Martson anymore.

Ashley Martson slaps at a racist hater on Instagram, thanks her loyal supporters

Since the news broke about the new divorce story, haters came back at her. Real trolls hammered at Ashley. One even went so far as to call her a “mudshark” which is simply disgraceful. Ashley and Jay actually faced a lot this type of stuff since the beginning of their 90 Fiance season. Now, it looks to rear its ugly head again on her social media. Feeling very hurt and unhappy, Ashley slapped back on her Stories, where she captioned a picture of the hateful message.  Ashley said, “When you wanna share me being mean to you don’t forget to fail to mention that [you’re] a racist.”

Next, Ashley Martson made a video on her Instagram Stories about her loyal followers. In it, she mentioned that she “couldn’t sleep,” so she read all the nice messages of support. It made her feel grateful and a whole lot better. You can hear what she said in the vid below here and she does look a bit emotional. In it, Ashley says, “I just want you to know that I appreciate everyone who supports me, and reading those messages last night really put me kind of in a better place right now, so I appreciate it.”

Ashley Martson deals with hate by going inspirational with another post

Feeling better about herself, it seems that Ashley’s going with some inspirational stuff to keep herself positive. In yet another Story, she quoted, “Maybe it’s not working out because God is working out something better. Sometimes it takes your breakdown to create your breakthrough. Sometimes our greatest blessings come from our greatest disappointments.”

What do you think about Ashley Martson finding solace from her supporters after a racist comment that made her slap back? Do you think this is all genuine, or is it just a drama created ahead of the new TLC spin-off? Sound off your thoughts in the comments below.