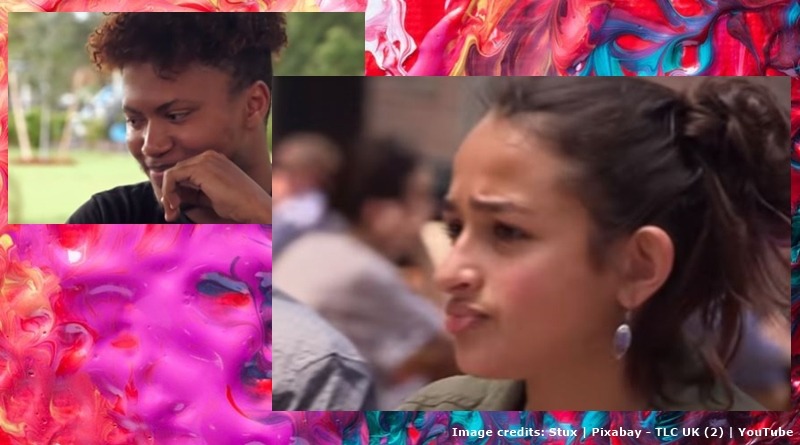 I Am Jazz fans saw Ahmir Steward and Jazz Jennings together in 1season 5 of the TLC show. He made up a big part of the season, basically extending her story after the bottom surgery. At the end of the season, fans wondered if they stayed together. However, judging by their latest Instagram posts, it seems they may have split.

TV Shows Ace reported back in early March that Ahmir hinted a split between him and Jazz. At the time, we reported on various cryptic notes from Ahmir. In one post, Ahmir said their relationship’s private and “nobody else’s business.” However, he later started talking about bitterness more than once, saying, “We aren’t too lovey-dovey, and it also means we aren’t bitter.” Obviously, we kept an eye on that, wanting to know what the “bitterness” was about.

However,  that was a bit difficult to do as he basically closed off his social media and left fans concerned. Also, he seemed depressed and struggling. This all came as fans thought maybe it was over Jazz not thanking him before the season finale.  International Business Times reported that “Jazz has not mentioned Ahmir on her social media for some time now.” So, it looks like their friends-but-no-deep-commitment took effect.

Jazz Jennings shares loads of pain on her Instagram, is she talking of Ahmir?

Late April 25, Jazz went to share a photo of her sitting in a tree. She shared a poem, in part saying, “do i tackle the problem or endure the pain. does it hurt me more or does it hurt you, im not sure what i should do. i cry, you cry we all cry through, the vision that tears bring anew.” It could be that both of them suffer pain because of a split right now, and these are hints of a split.

That’s because over on his Instagram, Ahmir is back on social media. However, he’s also back with his cryptic messages. These two sure know how to suggest stuff without saying much at all. Plus, it seems that Jazz and Ahmir both struggle with mental health issues and depression. Maybe they struggle to project what they feel in so many words? Somehow, it does not just feel like some sort of buildup to the new season.

Posting a sad-looking photo, Ahmir wrote on his latest Instagram, “Although we may be single sometimes, we will be beautiful at all times. Everything is temporary. Except for the bad bitch vibes that you bring to the table.” This makes followers really suspect things went wrong between the I Am Jazz couple.

On the one hand, there’s Jazz crying and in pain. Meanwhile, you have Ahmir talking about being single and how everything’s “temporary.” It’ not a huge jump to reach the line where it looks like what fans suspected for a while now, is true.

Season 6 of I Am Jazz was confirmed

Season 6 of I Am Jazz was confirmed, but neither Ahmir nor Jazz Jennings gave anything way about it. However, we do know she spoke about going to college. So, the show might cover that as her next adventure. In fact, the show may even cover the breakup of Ahmir and Jazz. We’ll just have to wait and watch the show to find out. However, we heard that from Ahmir before, but the last season delivered a nothing-burger. All we ended up with was a sort of half-hearted, “no commitment” pact.

What do you think about Ahmir Steward and Jazz Jennings both hinting at a split on their social media accounts? Do you think they finally parted? Have you heard any other news that may confirm it? Sound off your thoughts in the comments below.

Remember to stay in touch with TV Shows Ace for more news about I Am Jazz.