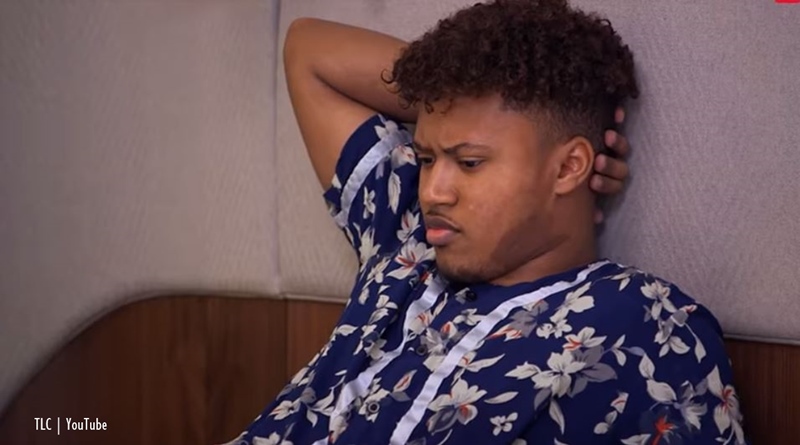 I Am Jazz questions arise from an Instagram post by Ahmir Steward, Wednesday, March 6. His message hints at a possible split between the couple. Jazz Jennings and Ahmir feature in the current series of the TLC show, and in the last episode, we saw his mom telling her that Ahmir tells lies. Whether the relationship lasts or not, hopefully, gets revealed to us in the rest of the season. However, something he wrote suggests otherwise.

Fans so far saw Jazz Jennings introduce her parents, Jeanette and Greg, to her boyfriend Ahmir. A few house rules were laid down, and then fans got to see her boyfriend. He seems a nice enough young man and claims he is non-binary.  TV Shows Ace reported earlier, that this means he’s “someone who does not identify as exclusively male or female.” However, his mom spoke to Jennings, saying Ahmir always ridiculed people who came out as transgender in the past. Jennings then defended her boyfriend on Twitter, basically saying it’s common for children to say what their parents want to hear.

Curious fans of I Am Jazz obviously speculate and want to know if their relationship survives. In his post, Ahmir said their relationship’s private and “nobody else’s business.” While he noted he meant this “with respect,” he then started talking about bitterness. And, not just once. Actually, that’s where the hints arise that there may be a split coming. Firstly, Ahmir wrote of the current situation, “We aren’t too lovey-dovey, and it also means we aren’t bitter.” Well, bitter about what? Fans would love to know.

Is a break-up likely for the couple?

Her boyfriend Ahmir displays such an understanding for his girlfriend that it would be a pity if they break up. He went to college and works hard at his mental health. In fact, he does lots of work promoting the LGBTQ community. This goes hand-in-glove with Jazz. Therefore, a break-up seems unlikely. However, in his post, the second time Aamir mentioned bitterness, raised a flag.

Ahmir wrote, “If we were to break up we shouldn’t have to announce it publically.” He added that they don’t need to “satisfy ANYBODY, ” noting that they don’t “have to be bitter towards each other.” Ok, here’s the thing…who’s talking “bitter” at this stage? Mostly, it seems that Ahmir is. Is this his subtle way of suggesting fans should expect a break-up?

Ahmir asks that if you “really want to know what happens” in their relationship, then just follow the show and put two and two together. He ends by saying their “private life” belongs to them and “what you see on TV is what we have allowed you to see.” He then asks people to respect that. Well, that will surely spark the rumors. If all ends well, why bother to justify everything? Or, perhaps this is just another attempt to be cryptic with the fans.

What do you think about Ahmir Steward’s post about his and Jazz Jennings’ relationship? Do you think he’s hinting at a possible breakup by referring to being bitter?

Stay in touch with TV Shows Ace for more news about I Am Jazz.