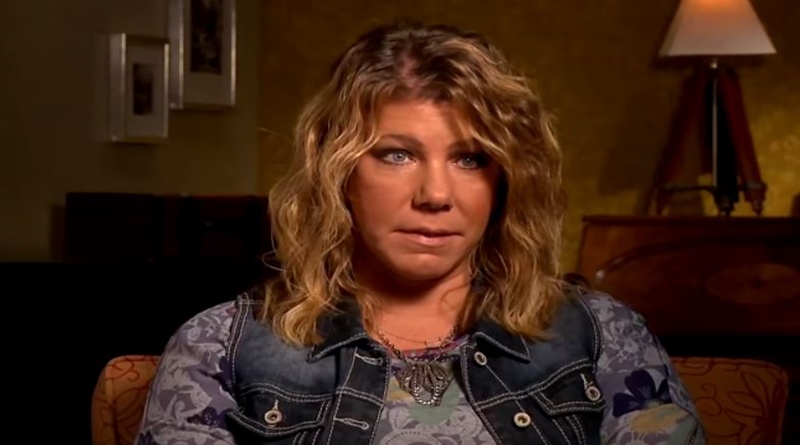 Sister Wives fans know that during episodes of the TLC show, the wives and Kody Brown get onto Twitter to engage with viewers. However, Meri Brown, not so much this season. In fact, she took to her Twitter to say she’s not keeping up with it and asked fans for updates. Actually, following rumors she only connects with the Brown family to do the show, that’s a bit odd.

Sister Wives fans update Meri Brown on her own show

Taking to Twitter on Sunday, April 7, Meri Brown said, “I haven’t watched #Sisterwives for a couple weeks. Been doing some awesome traveling! I don’t even know where we are in the season at this point lol!” Fair enough, Meri’s been away for some time on a LuLaroe cruise, and on her way home played the Amazing Race Adventure in St. Maarten, but the other wives still seemed to stay engaged with their show, despite their travels.

Fans reacted to Meri Brown, some of them very helpfully. Here’s what they told her about the TLC show, Sister Wives:

I haven't watched #Sisterwives for a couple weeks. Been doing some awesome traveling! I don't even know where we are in the season at this point lol!

Meri’s not watching the show, fans talk about tabloids

Meri’s not bothering to watch the latest episodes of the season of Sister Wives. Actually, her fans feel it’s hard to live with it all as they feel the other wives bully her. Some of them felt she’s doing the right thing not raking over old coals by watching the episodes. Others mentioned how the tabloids hammer her with rumors as well.

One user specifically mentioned, “I really feel sorry that you have to live with the tabloid. The latest was you talked to men on your trip. OMG! What are you to not talk to anyone? If you had talked to only women then you know that would be wrong also. I admire your strength.” Others mentioned the confusing non-stop stream of rumors about the family.

Rumors from the tabloids actually suggest Meri Brown’s only interacting with the Brown family to do the Sister Wives show. If, in fact, the show means money for her, then not taking an interest in it seems a bit odd. Nevertheless, to recap on that, In Touch Weekly reported a string of allegations that allegedly came via an old friend of Robyn Brown, Kendra Pollard-Parra.

These allegations included the suggestion that Meri’s dating other men and left Kody. Allegations also arose that Christine can’t stand Meri and that Meri only engages with the family to film the show. Meanwhile to add to all the confusion, Jess Harmon a fellow LuLaroe member said on her Instagram, that people should “leave her alone.” She added, “Maybe at some point, people will realize [Meri Brown] isn’t leaving Kody; and leave her alone.”

What do you think of it all? Are you surprised that Meri Brown doesn’t watch the Sister Wives show and needed updates from fans? Do you think the tabloids make too much of everything? Have your say in the comments below.