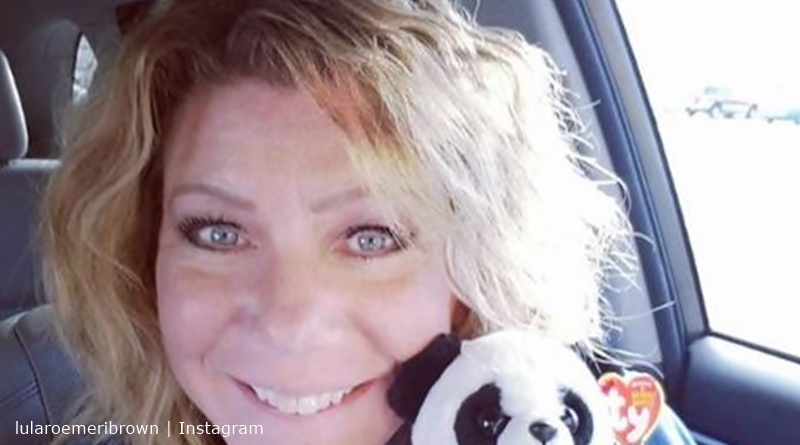 Sister Wives fans know that Meri Brown’s been out and about in the Caribbean lately. She cruised in Puerto Rico with Lularoe, and now tells us she’s been to St Maarten’s. A favorite thing to do there, apart from watching planes landing at the airport, is the Amazing Race Adventure. Meri Brown thought it a great idea obviously, as she went along and did it. Actually, she won a prize but gave it away to two other guys.

Meri Brown’s certainly enjoying her Caribbean adventure and she looks amazing after her Amazing Race. The fact that she won a prize doesn’t mean she sprinted around, but she looks dressed for it anyway. According to Shore Excursion, the race involves solving clues and “performing tasks” in teams. As the challenges are both mental and physical, everyone gets a chance to score on points.

Meri looks like she enjoyed it so much that she’s wearing a huge grin at her hotel. In her Instagram post to her Sister Wives fans, she explained what happened: “When you win your amazing race challenge in St Maarten and end up with a bottle of rum but don’t drink.” Plus, she added she didn’t “want to carry it on the flight home,” so she handed it “off to a couple of guys [she ran] into while leaving the hotel.” Finally, Meri noted, “😄 Hope you guys enjoyed it!”

The guys who unexpectedly ended up with a bottle of rum from Meri looked happy about it too. In the photo, one on either side of Meri, they hold the bottle and grin for the cameras. One of them looks to be blushing a bit, but obviously, they thought it a nice gesture. LuLaroe and Sister Wives fans also thought so, and they chipped in their thoughts about it. Here’s what some of them said:

When you win your amazing race challenge in St Maarten and end up with a bottle of rum but don't drink and don't want to carry it on the flight home, you hand it off to a couple of guys you run into while leaving the hotel. 😄 Hope you guys enjoyed it! @kpatrick5159 @tully314 🍹🍹🍹 #LivingMyWhy #BecauseICan #LuLaRoeRetailer #LuLaRoeForLife #CruisingWithLuLaRoe #TropicLikeItsHot #PuertoRico

Sister Wives Season 13 started airing on TLC in January. Fans of the show can watch it on Sunday nights. This season, we saw Meri going it alone to raise funds for her BnB, Lizzie’s Heritage Inn. Also, we saw that she went along to Flagstaff to check out properties with the rest of the family.

The next episode this coming Sunday is titled, “Leaving Vegas.” The synopsis says, “the Brown family is finally moving to Flagstaff. Moving day is chaotic and the dream they are chasing is becoming a nightmare. There are rays of hope but mostly tears as they face an uncertain future and leave so much behind.”

What do you think of Meri giving away her Amazing Race Adventure prize to a couple of guys at the St. Maarten’s hotel? Did you think she looks amazing and so very happy? Sound off in the comments below.