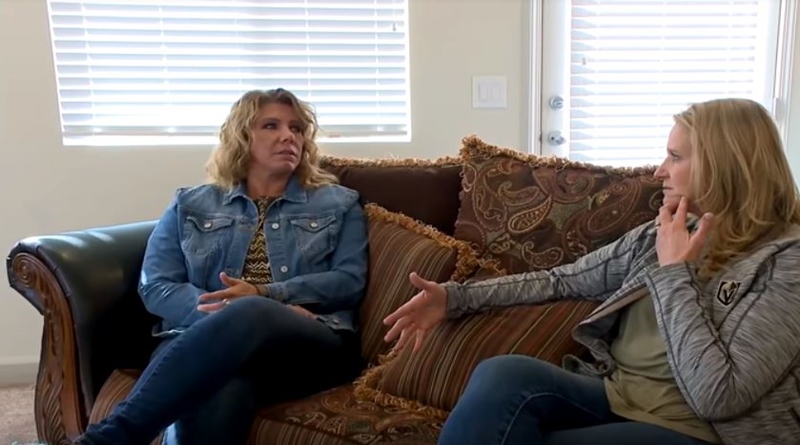 Sister Wives fans know that Meri and Christine Brown recently shared a cruise together with LuLaroe. The lucky ladies went off to Puerto Rico and each of them shared some photos. However, none of them showed them together. Actually, none of them posted anything up showing each other. However, they did share photos of other members of the family. It seems that just because they shared space on a boat, they don’t necessarily hang together. Actually, Christine’s all about working on her relationship with Kody, rather than with Meri.

March 29, TV Shows Ace published an exclusive interview with April Briney, previously with TLC’s Seeking Sister Wife. April felt that sister wives should “establish a strong friendship with the other wives before you get married, a connection that is independent of the husband.” While Meri and Christine do connect on the LuLaroe level, that could just be on a business level. Maybe whatever “strong friendship” they made in the early days, no longer features in their lives.

In another article last week, we mentioned that “insider sources suggest Christine and Meri just clash horribly and Meri’s only with the family for the show.” In fact, In Touch Weekly brought that angle to light, citing an alleged friend of Robyn Brown. They noted, “Kendra Pollard-Parra” suggested Christine, of all the wives, has little time for Meri. According to Pollard-Parra, regarding the catfishing incident, “Meri’s betrayal still has run pretty deep in the family and it’s not going away.” Additionally, it looked like Meri’s just hanging around to do the Sister Wives show.

In fact, Radar Online pointed out that Christine said in her confessional that she and Meri have some problems. They cited her as saying, “She comes in the room heavy, bringing a lot of baggage with her. I don’t know what to do with it.” She added, “We don’t talk. We don’t have any conversations.” Actually, Christine prefers to spend time working on her relationship with Kody.

What do you think about Meri and Christine Brown not hanging together on the Puerto Rico cruise? Do you think this reveals a major feud or just two women who simply no longer have a friendship? Sound out your thoughts in the comments below.

Remember to check back with TV Shows Ace often for more news and views about the Brown family and Sister Wives.