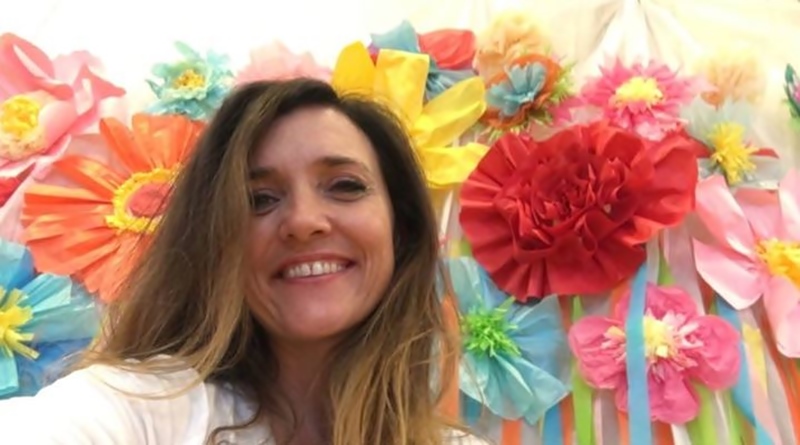 Seeking Sister Wife currently airs on TLC and fans know that this year the Briney family episodes were excluded. Now, April spoke to TV Shows Ace exclusively to let her fans know a little bit about where she’s at. Plus, she opened up on a few things you may not know about her. April also looks to the future.

TV Shows Ace covered a story by April when she posted a public note on her Facebook page. In it, April noted that she “followed him (Drew) onto the set of a television show.” April added that the “outward unraveling of the family” began there. April kindly answered a few questions about that for us this week.

April Briney talks about Drew and the rest of the family

Drew Briney divorced April, and that brings pain, grief, and self-reflection. Of course, when people divorce, the good times remain fixed in our memories, and the future brings complexities.

April, art and where she’s at right now

Seeking Sister Wife fans who follow April heard that recently, she started holding art classes. TV Shows Ace reported in February that “April’s aiming to teach people about the “healing power of color.” She knows a lot about art and color as she studied illustration at Brigham Young University.” Revisiting that now, April said, “Art is an incredible tool to help us access our subconscious mind and be more connected with our emotions that we tend to hide or are unable to face. My sister and I are really excited about the breakthroughs people are experiencing in our paint therapy classes. Plus, it’s always fun to connect and make new friends!”

April adds that “outside of that I also teach art part-time at a school and I do lessons here and there from my home. Teaching is very natural and fluent to me. I love to facilitate growth. I love to learn and teaching is a natural part of the growing and learning cycle.” It looks like art plays a large part in the life of April these days, as she adds, “Art has always been a hobby, but now I’m giving it a shot, investing my time and seeing if I can get any good!”
Seeking Sister Wife fans who would love to own a piece of April’s art should know that right now, she paints on commission. However, get excited because a friend’s helping to set up a website for her. We hope that once it’s up April lets us know, so we can let you all know how it works. Plus, she’s putting together an art show titled With Brave Wings She Flies. April says she wants “to meaningfully tell through paintings, the stories of courageous vulnerability and overcoming struggles in women.”

Help, advice, and outreach to women

April’s experience with Seeking Sister Wife, living in a plural family, and the subsequent break-up left scars. However, it also means she understands the struggles and pain other women may go through. We asked April a few questions about women and where she sees herself in the future.

April Briney – getting to know her

We applaud her reaching out to help others, but we also thought our chat would be a great opportunity for her fans to get to know her a bit better. So, here we go:

Fans and supporters always love learning a few trivia facts, so April gave us a few one-word answers. It turns out that if faced with a choice between a BBQ and fine dining, she’s up for both. Notably, she “just loves food!” Her current favorite book is Love Warrior by Glennon Doyle.

On entertainment, April says she and her girls “are hooked on Gilmore girls and the British Baking Show.” When it comes to movies, she normally enjoys watching them at home. However, she also says,” I love going out to the theater with candy and popcorn!”

April would not say “no” to a vacation at either the beach or up in the mountains. Plus, shirts and pants keep her comfy, and she prefers boots to wearing heels.

Thanks to April for opening up in this exclusive interview, and we hope her outreach plans and her beautiful art ambitions come to fruition. As her art expands, and her foundation takes off, we hope to bring you more news about April Briney.

Remember to check in with TV Shows Ace often for more news about Seeking Sister Wives.

‘DWTS’ Pro Dancer Tests Positive For COVID-19 Ahead Of Live Show – What Now?
Jinger Vuolo’s New Post Has Fans Worried About Her Kids: ‘Are They Ok?’
Grayson Chrisley Hits HUGE Milestone, Family Gets Emotional
Savannah Chrisley’s Jaw DROPS, Nanny Faye Hid Her Flask Where?!
‘Welcome To Plathville’ Olivia Plath Isn’t Sure What Will Happen In Marriage