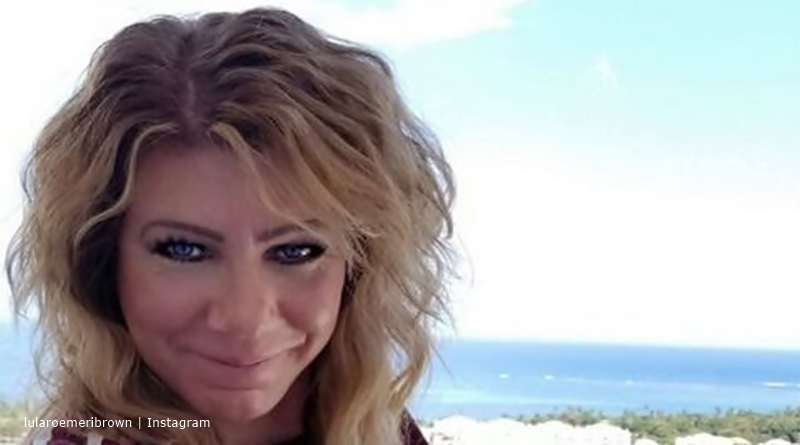 Sister Wives fans know that Meri and Christine Brown both went to Puerto Rico on a LuLaroe cruise. However, fans quickly noticed they took no shared selfies. Now, followers of the TLC show wonder about the rumored split in the family. In fact, insider sources suggest that Christine and Meri just clash horribly and Meri’s only with the family for the show.

Sister Wives hate each other, vacation together?

Meri seems to drum up business with her LuLaroe fashion franchise, despite rumors the company’s going under. In fact, something’s going right for the Browns as daughters and other wives also participate. Actually, Christine and Meri went off last week to cruise around Puerto Rico with other Lularoe members. Now, wouldn’t you expect that two wives who practically live as sisters would at least share a selfie or two?

Boats are small spaces and it’s almost inevitable the two Kody Brown women bump into each other every day but neither of them rushes to Instagram to cheer about it. Of course, fans noticed that and took it up with Meri. Of course, one would hardly expect Meri to tell people she has issues with Christine, but perhaps a denial of problems wouldn’t go amiss. Yet, all we have is silence.

Did Meri split from the family?

Rumors that Meri Brown split from the family started way before the current season that covers the Brown family’ move to Flagstaff. Although Meri took down her personal @MeriBrownOriginal Instagram recently, most of her followers noted how happy she looked seemingly independent and on her own mission. The B&B opening took place about a year before the episode screened, so Sister Wives fans already knew about it. What they didn’t know is that Kody and the other wives refused to put up any money for it. There may be a very good reason for that, according to In Touch Weekly.

In Touch spoke to Kendra Pollard-Parra, who’s allegedly a close friend to Robyn Brown. According to them, ever since the catfish scandal, the other wives want nothing to do with Meri Brown. In fact, Christine of all of them seems the least likely to ever feel anything good about Meri. Pollard-Parra said, “Meri’s betrayal still has run pretty deep in the family and it’s not going away.” She suggests that fans never really grasped the intensity of it all. Christine seems pretty much over the catfish scandal and allegedly just focused on strengthening her bond with Kody. Ditch the b*tch could be her mantra.

The fact that neither Christine or Meri share selfies on their cruise may send a deeper message than they know. Fans of Sister Wives peer into every facet of their lives. Therefore, it didn’t take an insider source to convince them that Meri’s mostly moved on from the rest of the family. Pollard-Parra notes though, that Christine “cut Meri off emotionally,” and “She doesn’t want to deal with the emotional side effects of Meri’s bad choices.”

Added to that, there’s the suggestion by  Pollard-Parra that Meri only hooks up with family for the requirements of the show. If that’s true, we can all get why the other wives “treat her so badly,” as the fans put it. If Meri really only hangs around for the show, that could annoy the other wives. Like it or not, she’s divorced and her only child grew up and lives far away. Now, Meri makes income off her BnB which she managed to fund and her LuLaroe seems to flourish for the time being. Obviously, the Sister Wives show’s another income source. Right now, it looks like Meri might just appear on the show to earn a bit of cash.

If that’s the case, then it may pain the other wives to know that Meri’s off on her own having fun while they live the daily grind. Knowing they need Meri in their lives to keep the show going? – maybe Christine would sooner spit in her own eye than share a selfie with her.

Update: One selfie of the two was later released and it looks like Kody stayed at home.