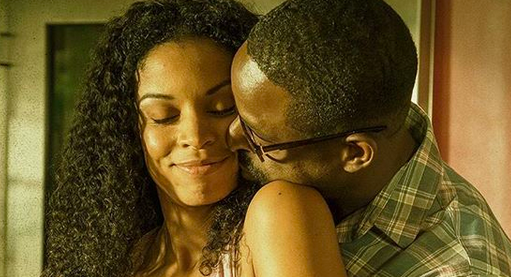 Randall and Beth Pearson have been one of This is Us fans’ favorite couples for a while now. Unfortunately, the couple is in a rough place on the show. It seems that there’s a chance this marriage could end in a divorce. This potential divorce may not be far off too.

We’ve been seeing signs of Randall and Beth Pearson’s rocky relationship throughout Season 3 so far. It seems to be getting worse though. There’s no telling how bad it could get before the end of the season. If a divorce is in the cards, it would have to happen before This is Us ends with Season 6.

Why does it seem like Randall and Beth Pearson from This is Us are splitting up?

On this season of the show, Randall Pearson has decided to run for office in another city. This means that he has a commute that’s a few hours long. He’s busier, more stressed, and he hasn’t had a lot of time for his wife and daughters.

Previously, Beth Pearson lost her job as an urban planner. She was searching for a similar job, but now she is teaching dance lessons. Her classes are on nights and weekends, which is when their daughters need their mom the most.

Naturally, with the couple’s busier schedules, things are getting tense. They tried to find a babysitter, but they can’t afford one for the amount of time that they would need one.

Recently, Randall Pearson is making it seem as if his job is more important than Beth’s. On one of the most recent episodes, he even said it may not be the right time for her to be teaching dance lessons. He wanted her to stay home with the girls in the evenings and on the weekends while he was commuting or working.

In the most recent episode, we witnessed a big argument between the two. The episode ended with the couple closing the door behind them. From what it looked like, they were going to talk things out and figure out what to do next. This could be where the divorce comes in.

As mentioned, we have seen plenty of signs throughout this season of the show. It certainly seems like a divorce is coming up. If not, the couple will have a lot of work to do to improve their marriage.

Do you think Randall and Beth Pearson will get a divorce? Check back on TV Shows Ace for more This is Us updates. Be sure to watch This is Us on NBC on Tuesday nights at 9 pm!