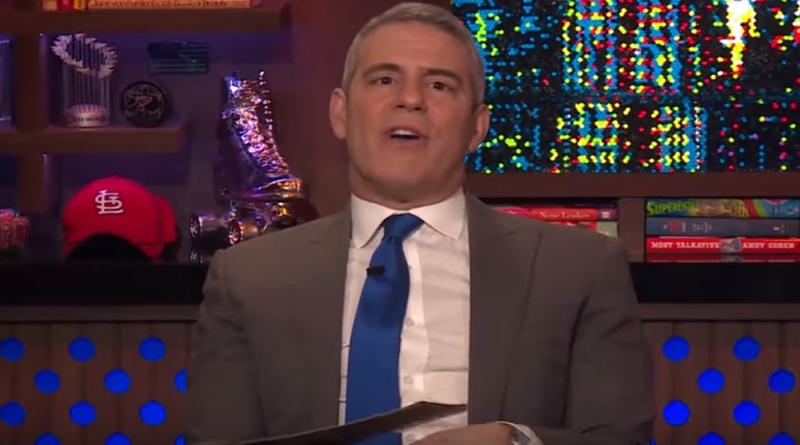 Andy Cohen took to his Instagram Stories for a Q&A as he felt really “bored” on his plane flight.  In it, he confirmed Jax Taylor’s take on Vanderpump Rules Reunion. Previously, TV Shows Ace reported that Jax Taylor tweeted a”crazy” Reunion. Plus, Andy Cohen also answered some personal questions.

Fans of Bravo TV love Andy Cohen’s laidback demeanor and cute looks. In fact, many of them feel the Real Housewives and Vanderpump Rules series would not be the same without him. Knowing he attended the filming for the reunion, one fan asked him what the crazy levels were on a scale of one to ten. Andy replied, giving it a 10. He also noted that while he’s on the plane, he’s still “wearing the TomTom hoodie from Schwartz.”

To refresh your memory on Jax reporting the crazy filming, here’s what we reported on March 30: ‘Jax fired up the Vanderpump Rules reunion conversation. He shared, “This is the worst/best reunion we have ever had, the amount of all-out brawls and we are only halfway through. I had no idea it was going to go this way. None.”‘ Later, he mentioned that it was “f*cking crazy.” So, since Andy Cohen gave it a ten for craziness, we know something good is coming to our screens.

Andy answered a question about his baby, Ben. When one of his Bravo followers asked how the little guy’s doing, Andy replied that he’s fine. Plus, he’s “sleeping through the night.” It also looks like this baby’s really happy as he smiles a lot.  You may recall that The Hollywood Reporter told his fans that “Andy welcomed his first child…named Benjamin Allen…on Monday, Feb. 4.”

During his Q&A, Andy said that the decision to have a child and become a father is something he “just knew.” When he welcomed his little boy into his life, he said at the time that he “fell in love,” and expressed his gratitude to the surrogate mom.

Andy also talked about the origins of Bravo’s Real Housewives

Apart from the Vanderpump Rules Reunion, Andy also talked about the Real Housewives and other trivia. Here’s some of his Q&A’s below:

You can watch the entire Q&A in the screen-captured video below: (All credits to Andy Cohen, of course).

What do you think about Andy Cohen confirming Jax Taylor’s take on a “crazy” Vanderpump Rules Reunion? Do you think he’s a very lucky dad that baby Ben’s sleeping through the night already?

Remember to check in with TV Shows Ace often for more news about Bravo, Andy Cohen, and Vanderpump Rules.