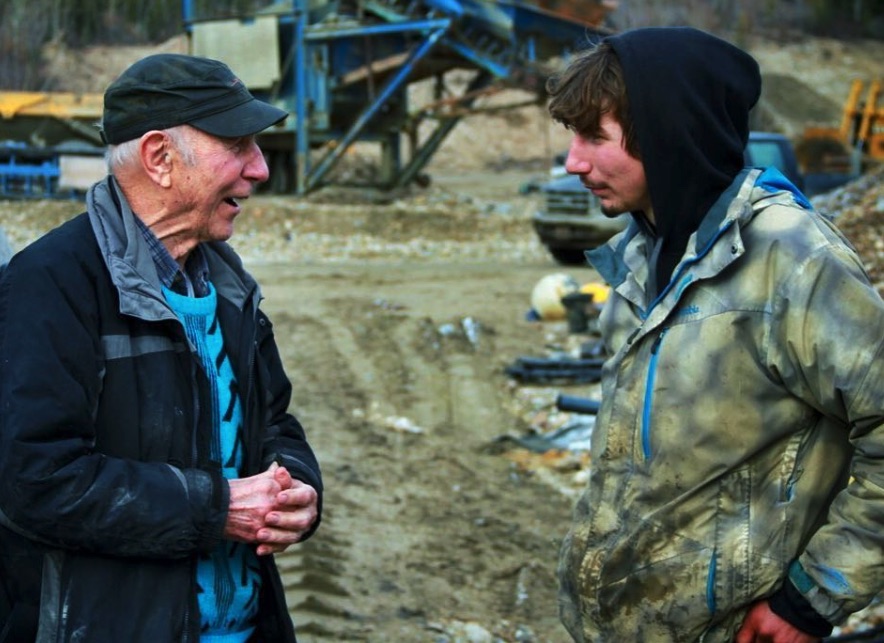 Parker Schnabel and his adventurous team are back on Discovery April 5, with a third season of Gold Rush: Parker’s Trail. This time, Parker heads out to Papua New Guinea. He is off on a quest to gain some understanding about his grandfather, uncovering a mysterious part of John Schnabel’s past. The team is traveling in one of the most dangerous places in the world, where there is some of the best gold mining Parker has ever seen!

Parker Schnabel is traveling to the South Pacific, to Papua New Guinea. The young gold miner is on a quest to uncover more information about John Schnabel’s time there, during World War II. Parker’s grandfather was a Navy aircraft mechanic during the war, but he never liked to talk about it to anyone.

Parker decided to risk going to one of the most dangerous parts of the world to reconnect with this important part of his grandpa’s history. And, Parker wants to find some gold. Papua New Guinea is known to have softball-sized chunks of gold, but there is a lot of physical danger in order to get to the mines. This is not the first time Parker has gone on a risky adventure.

In the first season of Parker’s Trail, the Gold Rush star chose to go old school, by traversing the old Klondike trail that his grandpa, and other old time miners used to get to the gold. Joining him on this old style trek was Rick Ness, Karla Ann and James Levelle. In Season 2, Parker headed to Guyana, South America, another dangerous part of the world. This is where Todd Hoffman and his crew experienced their own disastrous gold mining season. Once again joining Parker were Rick and Karla Ann, yet James was replaced by  Sam Brown. Parker apparently had a falling out with the cameraman from Season 1. Now in Season 3, Karla Ann and Sam are back, but Rick Ness is gone. Instead, Fred Lewis has joined the team.

Before Discovery announced the new season of Parker’s Trail, TV Shows Ace noted that Rick Ness was not participating in the third season of the Gold Rush offshoot series. Rick huffed and puffed through Alaska, and freaked out over spiders in Guyana. Perhaps he didn’t want to deal with the spiders and snakes that the jungles of Papua New Guinea had to offer? Then again, fans may wonder if the bromance between Parker and Rick is over. Doesn’t really sound like it. This situation is far more complex.

As fans of the show know, when Season 8 ended, Ness was given the opportunity to be his own mine boss. During Gold Rush Season 9, the two have rarely met. At the beginning of the recent season, the former Schnabel foreman was advised by Parker that you “don’t make money your first season.” Since then, Rick Ness has been getting gold mining help from two former Todd Hoffman crew members, Freddy Dodge and Dave Turin. Best of all, it appears that the new mining boss will defy all odds and make a profit this year.

His recent social media indicates that during the offseason, Rick is working on his business. This includes a photo of him checking out land with Freddy Dodge in Canada. Could the two be mining together for Gold Rush Season 10? This certainly doesn’t leave much time for a trip to the South Pacific.

Fans may believe that Rick doesn’t have time to go galavanting around the world on one of Parker’s quests, but this Papua New Guinea trip is seriously dangerous. Parker’s team needs someone with military experience.

Who is Fred Lewis?

Welcome newcomer, Fred Lewis. According to TV Insider, Fred is a Special Forces Medic, and he has combat experience. Turns out, this is one of the most dangerous places in the world. Having someone like Fred is essential to the team’s safety. Fred is very fit and a regular participant in the grueling Spartan races. Parker is in safe hands!

What do you think Parker will uncover about his grandfather John Schnabel’s WWII experience? Do you think he will find gold in Papua New Guinea? Share your predictions below in the comments field. Gold Rush: Parker’s Trail Season 3 will premiere on April 5, at 9:00 p.m., ET/PT, on Discovery.