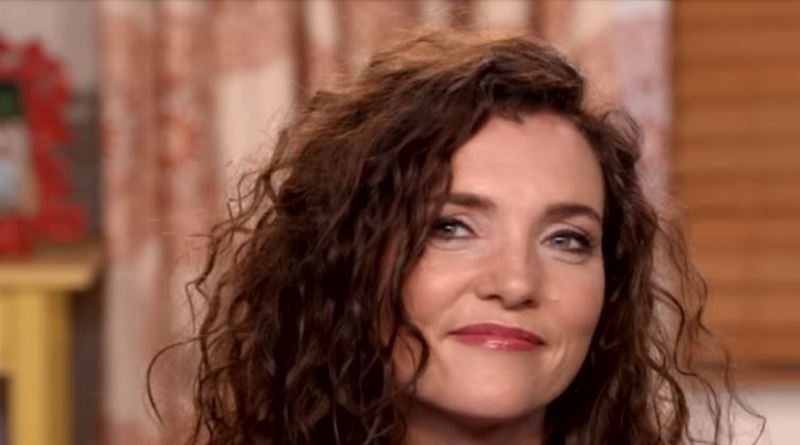 Seeking Sister Wife fans found out shortly before the current season, that the Briney family wouldn’t be featured on the show. Actually, despite shooting for the season, TLC dropped them because Drew Briney filed for divorce from April Briney. Now, the expected phone call from her lawyer about the finalization of the divorce details has April examining her feelings with some mixed emotions.

April gathered up her children and fled Oregon on May 26. Within a week, her husband Drew filed for divorce. Now, April says after intense meditation in October the “divorce is finally final.” This marks a new chapter of her life, and fans on Facebook turned out to encourage her. In her public post on Wednesday, March 6, April shared her mixed emotions about the entire journey of her plural family life.

TV Shows Ace reported in January, that April described her run from the plural family. She described “how the sheriff’s department chased” after them. Allegedly she was “drunk, on drugs, suicidal,” and a “mentally crazed mother.” April explained that allegedly she “kidnapped” her own kids and that they left involuntarily.” Back then, many fans of the Seeking Sister Wife show reached out to her.

April Briney divorce final and it brings a mixture of emotions

In her latest open post on Facebook, the Seeking Sister Wife alum wrote about the mixture of emotions. “The first is that divorce – the act of cutting off, separation. Period. Is a heavy affair.” She adds how “even if it is necessary, even if it is liberating, there is still a sense of haunting loss.” Then, she goes on to add that nothing could be sadder, except if she had stayed in the plural family. Plus, her mixed emotions include relief and “even joy.” However, it seems she’s grateful for the growth she underwent.

As April points out, not everyone understands her lifestyle choice. Actually, that’s probably why TLC make shows like Seeking Sister Wife. In fact, most of their shows find popularity because of a lack of understanding, Sometimes it’s sheer fascination that draws viewers. As she notes, “Others…are puzzled or even offended by the idea of polygamy and how I could be so duped. But, the truth is that looking back I have no regrets on my life.” April also notes that anyone who wants a “humbling experience” should “try going on a reality TV show.” There, it seems every flaw becomes “magnified, distorted and paraded on a huge screen in front of the world!”

While fans of Seeking Sister Wife would understand it if April Briney never spoke of her life again, it seems she found a positive message to share. April notes that she learned so much about herself. She mentions how she grew “along the way.” She explains that her heart “expanded a thousand times over.” April said, “My vantage point is broader, wiser and more inclusive than it ever would have been. I’ve learned that life isn’t about judging or condemning, but about having mercy on ourselves and others and believing, believing, believing.”

These days, we know from her other posts, that April’s painting again, and even holding painting and color classes. There’s healing in creativity. Most of her Facebook fans wish her well, knowing that reality TV really isn’t all that real these days when ratings matter more than the people in front of the cameras.

What do you think of April Briney sharing her feelings about sorrow and thankfulness? Could you deal with the pain and still come out positive at the end of it all?