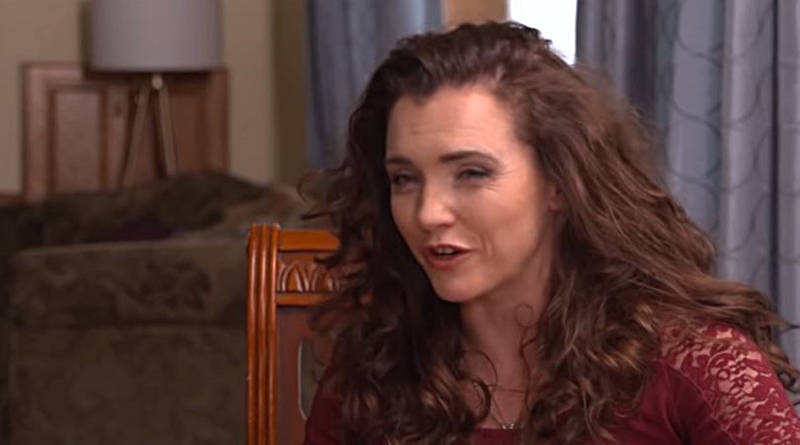 Seeking Sister Wife fans heard that this season TLC dropped the Briney family from the show. Turns out that April Briney left the family and partly blames TLC for her flight. The Briney Family Blog described how April left them and how they remain devastated by her going. April, however, took to her Facebook to reveal some of the events from her side.

The Briney Family Blog explains that the drama last year, when April took flight from the family, actually featured in the TLC shoot for the Seeking Sister Wife series. They explain that despite the story being a different angle, showing the pain and devastation they dealt with, the showrunners decided against airing it. This came merely a month or so before the new season started on January 20, according to them.

From their perspective, they feel that when April took her kids “hiking” after Lenny and Laurelei’s birthday party and never came back, that she suffered from some mental issues. “We know that the mentally stable April would not have done the things that she’s done,” the blog said.

The day after the news came out about TLC dropping the Briney family, Seeking Sister Wife fans got a glimpse from the other side. April, Drew Briney’s first wife posted a long message on her Facebook page. In it, she said that she loved Drew deeply initially, but the involvement with TLC helped to mess things up. She wrote that she “followed him (Drew) onto the set of a television show.” April added that the “outward unraveling of the family” began there.

When she left, she stopped at the state line and told her children to “say goodbye to Oregon.” She notes that the children got out the car to watch the sunset and they “lined up of their own accord.” April elaborated on what followed, describing how the sheriff’s department chased after them and that reports were made about her mental state. Her words included, “drunk, on drugs, suicidal,” and a “mentally crazed mother.” April explained that allegedly she “kidnapped” her own kids and that they left involuntarily.  Anyway, at the time, leaving hurt her, but, she somehow found the courage to carry on with her journey back to Utah.

Here is a bit of what April said in her long post explaining. It was for her to leave her family from Seeking Sister Wife. She left in May of 2018.

April felt the relationship with Drew began unraveling even before TLC

While the allegation that joining the TLC show caused many of their issues remains, April elaborated on that as well, saying that an inward side existed as well. She said, “inwardly it had been unraveling for years, I had just been too hopeful, too naive to see. I had held onto hope, clenched it, demanded it… But it was not to be.”

Many fans over on Facebook stepped up to comfort and support April. Here’s what some of them had to say:

What do you think about April Briney leaving Drew? Do you think the Seeking Sister Wife alum had mental issues? Did she just realize after 20 years that she made a terrible mistake with the polygamous family?

Sound off in the comments below and let us know your thoughts. Check in with TV Shows Ace often to stay in touch with news about TLC’s Seeking Sister Wife.

Savannah Chrisley Admits Todd Bribes Her To Hide Secrets From Julie
Sources Reveal Identity Of ‘The Bachelor’ 2022 Through Filming Pics
Lifetime’s ‘My Husband’s Secret Brother’ Is a Joey Lawrence Family Affair
Khloe Kardashian, Not Good Enough To Get Invited To The Met
Kendall Jenner On Her Hands And Knees At Met Gala