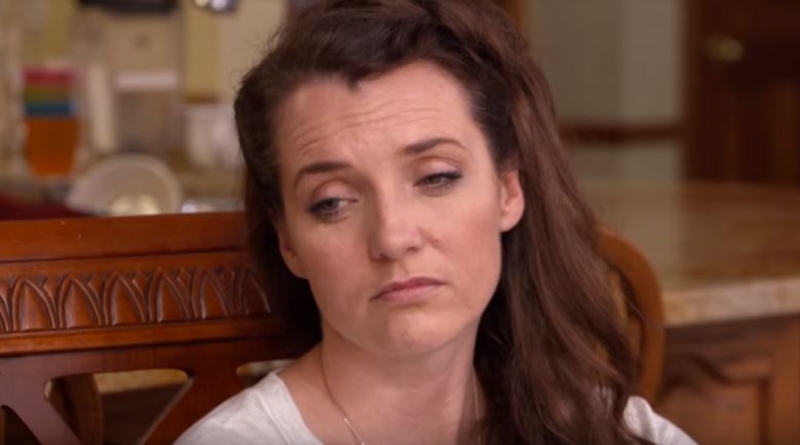 Seeking Sister Wife won’t feature the Briney family in Season 2. The TLC showrunners dumped them after April Briney ran away from Drew’s plural family. The incident in May sparked a super-fast filing for divorce by Drew (within a week). Obviously, fans want further details and found a bit more since the news broke. They revisited the apology by April on the Briney Family blog in July last year.

Seeking Sister Wife fans check out the timing of the apology

On Twitter, fans of Seeking Sister Wife still remain skeptical that April wrote the apology that referred to Season 1. In it, she apologized for presenting the plural family in a bad light. She said that she was sorry for “representing myself so poorly and for contributing in contentious ways to the family dynamic.” At the time, fans on social media believed that someone else wrote the apology.

Drew Briney, the patriarch of the Seeking Sister Wife family, addressed this in an update apparently after the divorce. In it, he said that April wrote it. He also said the other family members also took “accountability for how poorly our family represented our Mormon fundamentalist friends and peers.” To add authenticity, Drew posted screenshots of the draft that April wrote.

While they may prove that she was indeed scripting an apology for Drew to edit and publish, the dates of those texts seem a bit off. The texts, dated May 15, came just 11 days before she took off with the kids.  If she was that sorry, is it likely she would write all this? She added in the texts, “I’m not done with this, and want to add or change something at the end but here is what I’ve written thus far.”

This apology was posted on the family blog in an updated post. In it April admits that during Season 1 she wasn’t herself and that there were times she didn’t even realize what she was doing. April talks about how she had several children that had health issues, joined a reality show and had a new sister wife and baby join the family all at the same time. She even went on to thank her sister wives and husband. The issue is that nobody is sure April wrote this herself.

While the texts by Drew show that maybe she did write it, some Seeking Sister Wife fans simply don’t believe it. ‏@hamsammich9 wrote on Twitter, “April’s Apology Regarding Season 1 – The Briney Family. #SeekingSisterWife. FAMILY ALL CLEAR. BRAINWASHING PHASE COMPLETE. NOW PROCEED TO GASLIGHTING OF VIEWERS. AWAIT INSTRUCTIONS FOR NEXT PHASE… You know she didn’t write this.”

Others think that if she did, then she did so under duress from Drew. Another commenter questions the date of the post, noting it would be unlike her to do it two months after she left. However, judging by the text dates, Drew may have posted and updated weeks after she left.

So we're to believe that April wrote this "apology" 2 months after leaving the family? Sure… I happy she saved herself from that negative space #aprilbriney #brineyfamily #SeekingSisterWife https://t.co/0HPwm7kEQC

Other signs that things deteriorated to a point of no return in the Seeking Sister Wife family, came when Drew filed for a super-fast divorce. April took the kids and left Oregon on May 26. By June 1, In Touch Weekly noted that Drew filed for divorce in less than a week. The divorce that finalized on June 28 happened so fast, the impression is that Drew couldn’t wash his hands of her fast enough.

What do you think of the texts and the dates of publishing the apology by April? Do you think Drew forced her to write it? Was the divorce super-fast and did it indicate a serious rift in the family? Sound off in the comments below.

Remember to stay in touch with TV Shows Ace for more news about Seeking Sister Wife. The show’s new season premiered on January 20 and airs Sunday nights at 10/9c on TLC.