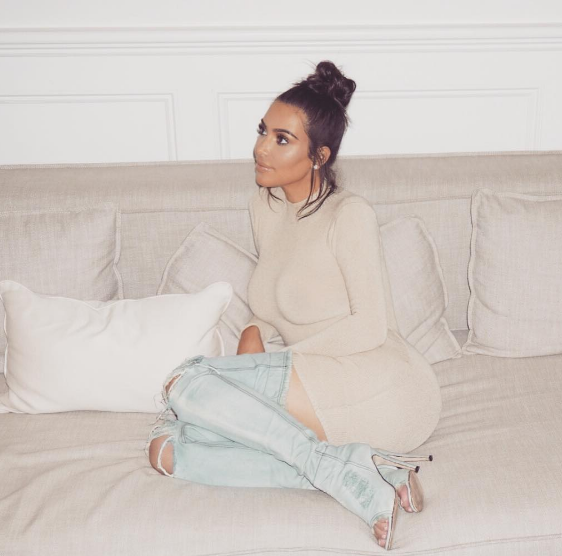 No one in the Kardashian family has felt as angry about the Jordyn Woods and Tristan Thompson’s affair, as none other than Kim Kardashian. Kim has felt upset about the affair more than anyone else. Now it is coming out.

Kim’s feelings on this affair

Kim is one of the people in the family who is truly upset about the affair. It has made her so angry that it has pushed her to be fully on Khloe’s side of the scandal.

All she wants to do is be there for Khloe. She has let her talk it out to relieve some of her thoughts and tensions about the affair. Kim and Khloe have been in “constant contact” since it happened and Kim has been nothing but supportive of Khloe according to a source.

The only good thing coming out of this scandal is the improving bond between Khloe and Kim. Kim is fighting hard to make sure Khloe’s mind is off of the scandal and on herself and improving herself.

“Are you willing to give up what you love, for who you love?” Big Sean

What did Kim do when she heard about the affair?

When Kim Kardashian heard the news of the affair, she immediately unfollowed Thompson and Woods on Instagram. (This is considered today as a bold move to make in the show business world.)

After the unfollowing, Kim took Khloe and Malika Haqq (Khloe’s best friend) to Palm Springs, California, for a “relaxing getaway to get Khloe’s mind off of the scandal.

At the beginning Khloe blamed Woods for the affair, saying she “split up her family with Thompson”. Later on, we saw that Khloe now blames Thompson solely for the scandal. Kim agrees with Khloe on the decision she made Saturday.

Kim is making Khloe believe that it is Thompson’s fault. She told Khloe to move on and focus on her child and being the best mother she can be during this hard time. It may not be easy to move on, but finding a way to spend your time to press down the thoughts of the affair is a good move on Khloe’s part.

Kim also does not want her fighting to help Khloe to be seen by the public eye, Kim has said that she did not want the public to be involved and that this was a very serious situation. In all the happenings, Kim was working behind the scenes to help Khloe, just like she wanted to.

Not only is Kim helping with this fight, but also Kanye West is fighting for Khloe as well. The self-proclaimed “godfather” of Khloe’s family is fighting right beside Kim to make sure Khloe is all and well.

Make sure you don’t miss new episodes of Keeping Up With the Kardashians when it returns to E!.