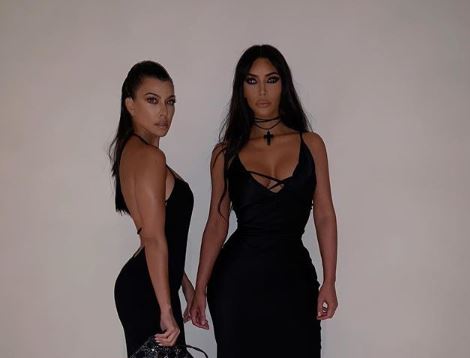 Kim and Kourtney Kardashian recently gave out some parenting advice to Andy Cohen while on Watch What Happens Live. They were on the show along with their sister Khloe Kardashian. Andy is about to become a first-time father.

Kardashian sisters have a name for Andy’s baby

While on the show, all three girls teased Andy that they want to name his new son Kandy. This would stand for Andy, but with a K on the front like Kardashian. Of course, it didn’t sound like Andy was going to use that name.

Andy Cohen shared on his show Watch What Happens Live that he was going to be having a son. He seems really excited about it. Kim even said they should get their new baby boys together for a playdate.

Kim Kardashian started out telling Andy just to wing it. She is right that being a first-time parent he won’t know everything. She did go on to share a bit more advice though. Here is what she had to say.

“Just have a good pediatrician on speed-dial, and call anyone you know that has a baby. My favorite thing to do is take my first-time parents or friends to a baby store and just say: this is the wiper you need; this is the trash can you need.”

Kourtney had a bit of advice for him as well. She doesn’t want Andy to stress too much. Here is what Kourtney told him.

“People had babies in caves … Don’t stress out about all the stuff. You’re not going to ever put your child in harm’s way. You’re going to hear tons of unsolicited advice; I promise you, you’re going to be fine.”

What do you think of the advice that Kourtney and Kim Kardashian shared with Andy Cohen? Share your thoughts in the comments section below.