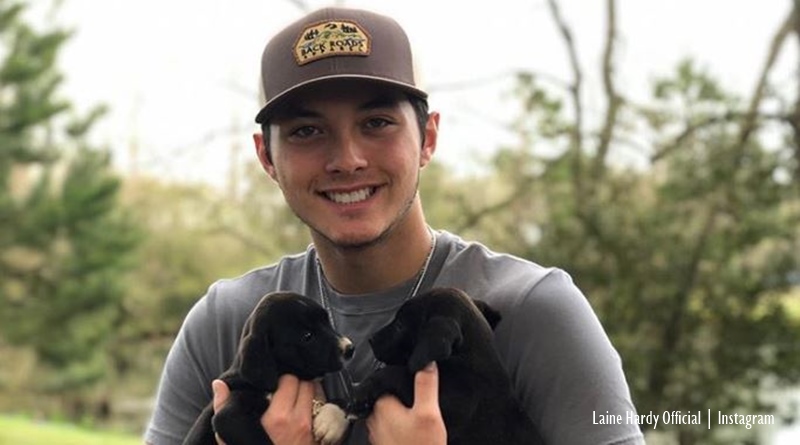 American Idol returns for its 17th season, and the second on ABC on March 3. Spoilers emerge via the American Idol Pad website that involves Laine Hardy, last year’s contestant, Evelyn Cormier (of 90 Day Fiance), and more. Ahead of the premiere of the show, an Idol special’s set to air during the Oscars this coming Sunday. Read on to find out more, but be aware, if you don’t want spoilers on the contestants, please stop reading after the section about the Oscar’s special.

The half-hour segment will talk about American Idol: A New Journey Begins. During the segment, Ryan Seacrest chats to judges Luke Bryan, Katy Perry, and Lionel Richie. They will discuss the second ABC season and “share a preview of this year’s crop of new talent. The panel also will answer fan questions and share behind-the-scenes secrets.”

Spoilers came out a while back, that one of the contestants seen running down to the sea who got through to the Season 17 Top 20, was Laine Hardy. It was a photo taken during the filming at the Disney Aulani Resort and Spa in Honolulu. Additionally, a leaked video on YouTube also showed Laine. It was titled AMERICAN IDOL – KO OLINA, HAWAII – 2019. If he was in the Top 20, nobody should be surprised as he showed remarkable talent last year.

Laine got sent home in the 16th season after the Top 50 tried out for the Top 24. Unfortunately, his voice showed signs of strain and the judges had to let him go. Nevertheless, his excellent charisma and talent could be the reason why the judges allowed him back this year. Now, it emerged via American Idol Net, that Laine Hardy likely made it through to the Top 14, in the upcoming season.

Keep suggesting songs y’all! I see every comment!@captwalls258 – suggested this one!

Evelyn Cormier of 90 Day Fiance gets through

The same photo that revealed Laine Hardy in the Top 20 of Season 17, also showed Evelyn Cormier, from 90 Day Fiance. Fans of the show know that she loves music as it featured quite a bit during her time with TLC. Now, according to new spoilers, it seems that she also made it through to the Top 14 of Season 17 of American Idol.

It will be interesting to see her perform in the show, and possibly, fans of 90 Day Fiance will cheer her on. Fans knew she auditioned for the show as she shared the news on her Instagram. TV Shows Ace noted at the time, “This show is something that could change Evelyn Cormier’s entire life.”

Other spoilers say that returnee Alyssa Raghu, who make it to the top 24 last year, is back and through to the Top 14 as well.

Tune-in March 3rd to watch my Idol journey begin and find out what happens next! @americanidol #americanidol #thenextidol

Things could change, and of course, these are spoilers, so are not cast in concrete. Nevertheless, here’s the list of performers who probably made it through to the Top 14 on American Idol 2019:

What do you think about Laine Hardy, Evelyn Cormier, and Alyssa Raghu allegedly making it to the Top 14? Will you watch the Oscar Special this Sunday?

Remember to stay in touch with TV Shows Ace for more news and spoilers on American Idol 2019.